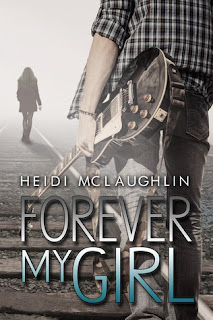 I was never supposed to be a rock star. I had my life all planned out for me. Play football in college. Go to the NFL. Marry my high school sweetheart and live happily ever after.

I broke both our hearts that day when I told her I was leaving. I was young. I made the right decision for me, but the wrong decision for us. I’ve poured my soul into my music, but I’ve never forgotten her. Her smell, her smile.

And now I’m going back.

I hope I can explain that after all this time.

I still want her to be my forever girl.

About the Heidi per her Goodreads Profile: 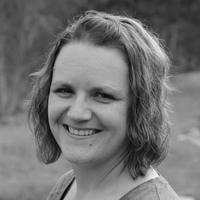 "My grandma once told me that I can do anything I want, so I am.

Originally from the Pacific Northwest, I now live in picturesque Vermont, with my husband and two daughters. Also renting space in our home is an overhyper Beagle/Jack Russell and two Parakeets.

During the day you'll find me behind a desk talking about Land Use. At night, I'm writing one of the many stories I plan to release or sitting courtside during either daughter's basketball games.

I'm also an active reviewer on The Readiacs - a site I own with my best friend and uber special beta, Yvette."

First off, the characters are actually around my age... at least, that's the perspective that I gathered. That isn't something I come across often so I loved it.

Liam & Josie were supposed to go to college, Liam would move on to play NFL, get married, have kids, and live happily ever after. That was the cookie cutter ending that everyone hopes for and most high-school sweethearts expect. Liam went off to college alone and found his real passion=music. With some advice from a grandmother he had never met until then, he ended up trying to follow his dreams and take a chance. That's all great and dandy, but he totally went about it the wrong way. He decided to cut EVERYONE out of his life and move to LA without looking back until he could prove that he could do it. To say that he left on crappy terms with his parents is like the understatement of the year.

Well, he did great things in the world of music - became an uber fabulous rock star & was living the life... eh... if you call the way he was living actually "living". He still loved Josie and could never fill the void left by not having her. She was supposed to be his Forever Girl...

Well, that all came to a halt when his best friend that he abandoned passes away. He decides to go back to his hometown for the funeral....and to see how Josie is - if she moved on, if she now has a family of her own, if she doesn't.... His trip doesn't go as planned - definitely not the "in and out" situation he had imagined.

OK, I have to stop there because I can't ruin the rest of the plot for you. Let me just say that there's a twist and it brings Liam to his knees. You get to see how much he truly loved/loves Josie. He's willing to go the extra mile to be the best he can be and make up for the time he's missed.

I absolutely adored this novel. I loved the plot, the characters, the climax, the ending...

The only thing that sticks out in my mind that kinda bugged me was Josie's attitude - back and forth, back and forth... I mean, c'mon girl, you know you love him and you know life will never be the same without him... Yea, Liam definitely pulled a douchebag move when he left like he did. It was just frustrating to watch Josie push his efforts to make things better away constantly. This was just a small point though - the novel is absolutely amazing even with Josie's annoying little tid-bits, LoL.