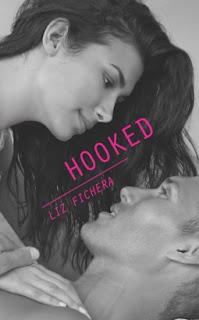 When Native American Fredricka ‘Fred’ Oday is invited to become the only girl on the school’s golf team, she can’t say no. This is an opportunity to shine, win a scholarship and go to university, something no one in her family has done.

But Fred’s presence on the team isn’t exactly welcome — especially not to rich golden boy Ryan Berenger, whose best friend was kicked off the team to make a spot for Fred.

GET HOOKED ON A GIRL NAMED FRED

About the Author:
Liz is an author living in the American Southwest by way of Chicago. Her YA debut HOOKED released in January 2013 from HarlequinTEEN. Its companion, PLAYED, releases in 2014.

I really wasn't sure what to expect when I picked up Hooked. I'm not a big fan of golf.... so I thought I would be bored out of my mind honestly... I was thinking to myself "how in the world will the author make this interesting?"

Well, she did it!

I adored this novel. It's a beautiful tale of personal growth and overcoming prejudice. The characters are great, the plot has an easy flow & movement, the attachment to the main characters was strong, and overall, it was a great read.

Fred, a Native American girl who lives on the local Reservation, is a great golf player. Her family life is a constant struggle because her mother has become attached to a beer can and is the exact opposite of an encouraging parent. I feel bad for Fred :(


She gains the attention of the High School Golf Coach and he basically begs her to play on the all boys team (there isn't a girls team at the school). With dreams of going to college, despite her mom's constant statement that she'll be working at the local restaurant the rest of her life, she decides to play. Her dad is absolutely precious. I adore his character & wanted to give him a hug all throughout the book because he's an amazing man.


Ahhh, to say that the boys on the golf team were less than welcoming is an understatement. Of course, one guy gets cut so she can have a place on the team, so you can imagine the drama that comes from it. I thought that once they saw that she was a great player, they'd warm up to her, but it wasn't so easy.


Fred ends up paired with Ryan, who she happened to dump an entire plate of cake on at the local restaurant one day, and FINALLY he starts to acknowledge the fact that she exists. Ryan struggles to accept her on the team because it was his best friend that gets cut.


I really liked Ryan's character (even though he has his douchey moments) because you start to see him evolving and growing as a person. He begins to see that his friends aren't as great as they once were. They're bitter, stuck up, and hateful.


Watching Ryan evolve into a better person & watching Fred struggle to keep her game face on despite the ugly looks and comments makes this novel a great read.

There's a few nail biting moments that help keep the pace up tempo and the plot moving. There's also several Native American words and glimpses into their customs that are great. I learned several new words and also a new insight into their cultures.


Overall, I really enjoyed it and look forward to reading the companion novel once it's released.

Email ThisBlogThis!Share to TwitterShare to FacebookShare to Pinterest
Labels: 4 Stars, DAC 2013, Golf, Good Read, YA, YA Contemporary Romance, YA Romance