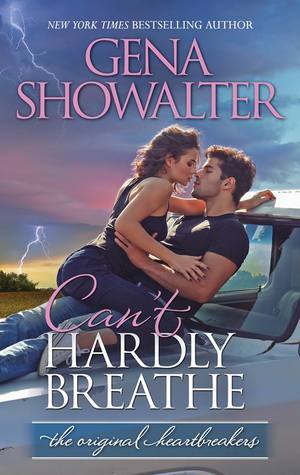 Bullied in high school, Dorothea Mathis's past is full of memories she'd rather forget. But there's one she can't seem to shake—her long-standing crush on former army ranger Daniel Porter. Now that the sexy bad boy has started using her inn as his personal playground, she should kick him out…but his every heated glance makes her want to join him instead.

Daniel returned to Strawberry Valley, Oklahoma, to care for his ailing father and burn off a little steam with no strings attached. Though he craves curvy Dorothea night and day, he's as marred by his past as she is by hers. The more he desires her, the more he fears losing her.

But every sizzling encounter leaves him desperate for more, and soon Daniel must make a choice: take a chance on love or walk away forever.


Grab Your Copy When It Hits Shelves
Amazon
B&N

I was lucky enough to receive an ARC Paperback copy of Can't Hardly Breathe from Gena Showalter. I've read each book in The Original Heartbreakers Series and loved them all so far. I was hoping that I would love this one but I always get a little worried when series move past three books.

I absolutely had no reason to be worried. Gena Showalter continued with this series in the best way possible. Her amazingly crafted characters were solid, emotional, relatable, broken but healing, and unforgettable. The lead female character, Dorothea (Thea), is learning to love herself after being bullied most of her life, cheated on by her ex-husband, and losing the baby she had just found out was growing inside of her. Our absolutely drool-worthy hunk of a broken war hero, Daniel Porter, is the perfect blend of masculine prowess, heart of gold, good intentioned, and natural born protector.

Dorothea knocks his socks off with her raincoat sans nothing else attempt at seduction which sets our plot in a heady, lust-filled, twisting and turning tornado which kept me glued to the pages. I didn't want the story to end. I was sad there wasn't an epilogue but absolutely thrilled with the tiny glimpse at the next couple to be featured in the Original Heartbreakers Series. I can't wait for their story!

Overall, epic story of two seeming broken souls who have to overcome their own fears and insecurities to finally be able to look towards the future and stop looking back. Huge 5 stars for me. 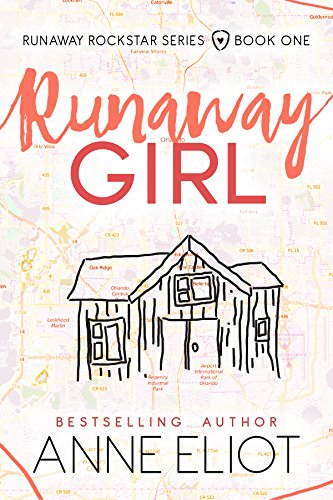 
Robin Love's father has been missing in action for over a year. A true proud army brat at almost eighteen, Robin already knows how to be strong and how to be her brother’s only family. Above all, she knows to pretend everything will be fine. Only, things aren’t fine. Robin discovered that her brother will get dumped in foster care when she leaves for college. So, she’s convinced him to run away with her instead.

They’ve vowed to stay together at all costs. Even if it means stealing food out of hotels, sleeping in the car, and lying about everything. Even if it means working as a secret nanny for a jerk rock star who only cares about his band. And even if it means trusting strangers while she formulates her plan. She never expects her lies to lead them to true friends and a real home. Nor does she expect to be attracted to the boss she's growing to hate, all because he refuses to act like the honorable and 'good father' she misses desperately.


But secrets like a runaway girl and a baby hiding with a famous band can’t be kept secret for long. Robin is also not the only one telling lies. When an accidental kiss—a kiss that never should have happened—threatens Robin’s ability to keep her brother, Robin will do anything to correct her mistakes. But this time, to save her brother, the cost might be her heart.


Buy It Today On Amazon!

I LOVED this book. Robin is the girl that we all wish we could be should we ever be in a situation where we have to take care of our younger sibling. She's strong & determined to do the best she can for her little brother until her dad comes back. He's MIA.

I adored the plot of this story and didn't want the book to end. Granted, it ends on a slight cliffhanger so we're all patiently going to wait on Anne to finish her magic on the second book in the series.

The guys in the bad are truly awesomeness made over. You have your good boy, the bad boy, the sweet one.... The inside look into a rockstar's life behind the scenes sets such a great stage for this overall story's awesomeness.

I read this book in nearly one sitting because it was one I couldn't put down. The Runaway Girl ran away with my heart! I wanted to cheer for Robin & Royce as well as the others in the book! 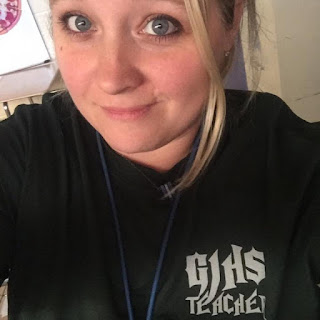 Well, I decided my family needed to come first so I changed my entire professional field! Gasp! It wasn't easy. It wasn't an easy decision. I made it happen so I could spend more time with my family and be more involved in my son's education.

I swapped from the Medical Staff Continuing Medical Education Coordinator to (drumroll please.....) Middle School Math Teacher. Bam. For the last two years I've been attempting to navigate the insane world of Middle School Mathematics. I've taught two years of 6th and 7th grade math for one of the rural PreK through 8th grade schools in my parish. It's been tough... The word "tough" doesn't even touch how hard it actually has been. That first year was a beast. Rawr! Beast. But I survived. I need a t-shirt that says, "I survived teaching my first year of middle school." 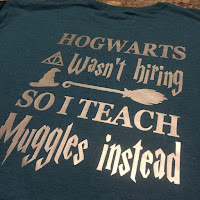 So now I'm entering my third year and things are looking up. I've got a great routine going. I've got my classroom procedures basically nailed down. I'm learning day by day how to navigate the 31 IEPs and 504s in my classroom. I'm learning how to help 7th graders who read at a 3rd grade level. I'm struggling to come to grips with the (stupid) state mandates that our school is forced to deal with. 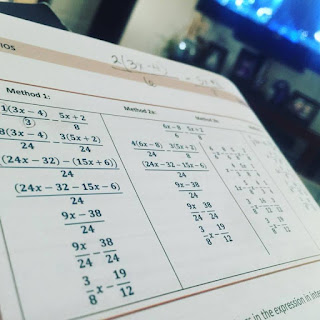 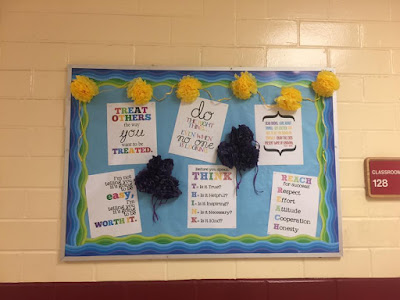 Overall, I love my kids. My kids are the bomb! I'm sooooooo happy that I made this life-changing decision. Granted, I've never worked so hard in my entire life, BUT I'm at home more. No late night meetings at the hospital. No hour commute (one way) to work. I'm with my son (technically, he's right down the hall in the elementary building). Yes, I cried a few times in my first year because of frustration <that's an entirely different book-long post for another time>, but I survived. My life is better because of this life-altering change. 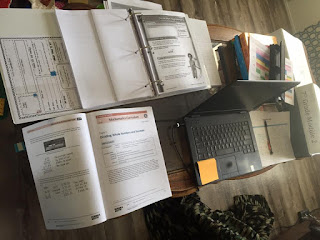 I have much to learn but overall, I'm LOVING it.

I'm hoping to spend more time blogging in the upcoming year. Some things may include school discussions and my usual mommy-dom rant or story. Bare with me. I love you guys! Xoxoxoxoxox 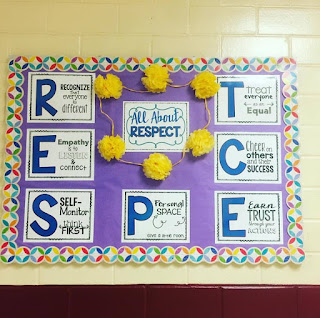 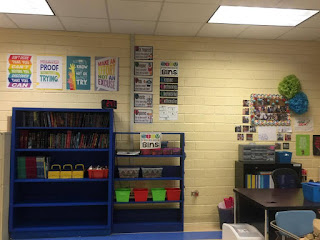