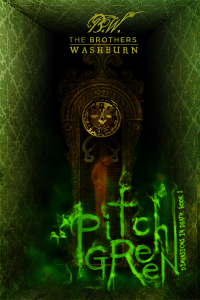 
Two teenagers try to discover why children in their little town keep disappearing, only to uncover an evil presence lurking in a old mansion that will kill them if they cannot discover its secrets. Trona is a small, smoggy, mostly insigniﬁcant town in California. Besides a booming chemical plant, the only thing that characterizes this dismal town is dirt, sagebrush, and an enormous abandoned mansion.

The mansion is, admittedly, the only notable addition to Trona, but it’s something everyone tries to avoid due to its creepy facade. Everyone except for Camm Smith, who is obsessed with the need to get inside. Seven years earlier, as Camm herded a pack of little trick-or-treaters past the mansion, her young neighbor, Hughie, disappeared, becoming one of the many children who have vanished from Trona over the years without a trace. Now a senior in high school, Camm is still haunted by the old tragedy, and is sure the answer to the mysterious disappearances lies hidden somewhere in the decaying mansion.

Joining forces with her best friend, Cal, who also happens to be Hughie’s older brother, Camm naively begins a perilous search for the truth. As things spiral quickly out of control, and others die, Camm and Cal discover it will take all their combined ingenuity to stay alive. An unseen evil lurking deep within the bowels of the mansion is now hunting them. To make matters worse, they become entangled with hostile federal agents, who will do all they can to keep old secrets permanently hidden.

Left with only their wit and seemingly ineffective ﬁrearms, Camm and Cal know time is running out. Unless they can make sense of the few pieces of the puzzle they manage to unearth, their lives are in danger, and like so many others before them, they may also disappear without a trace.


Add It To Your TBR Shelf NOW!

Wwwwoooowwww! I could NOT put this book down! Thanks Brothers Washburn for allowing me the chance to review an AUG of Pitch Green. I literally just sat and read through the entire novel this afternoon. I COULD NOT PUT IT DOWN! Yes, Yes... I had several things I should've been doing - like dishes, laundry, and cleaning up around the house... but those things can wait...

I haven't read a horror novel that grabbed me like Pitch Green since I read Dreamcatcher by Stephen King! It's like Rose Red meets Dreamcatcher - a creepy, huge mansion plus an unexplainable "creature" thing that the government tries to cover up. >_<

I LOVED this book. There are several scenes (especially Hughie & Ginger) that left me cringing in horror... I honestly thought I wouldn't be able to finish it after that because those issues hit too close to real life. I pushed through them because I needed to know what happened & how it ended.

Pitch Green is full of not only horror but a mystery aspect that leaves you glued to the pages. The characters are amazing. They aren't over the top. They're NORMAL - like these people could be my neighbors (if I lived in a creepy little town in the middle of the desert that is).

I honestly can't think of one thing that could've been done differently.

There are several questions that have left to be answered at the end BUT those are like tid-bits that you are just curious about - not MAJOR things that you must know in order to feel like the story ended. I can't wait to see what The Brothers Washburn come up with next in their Dimensions in Death series.

Cover Rating: 5 Stars - this is such a great interpretation of the story! (I'm so glad it wasn't a big picture of "It")

Characters: 5 Stars
Plot: 5 Stars
Climax: Which one?!? There were so many moments where I thought my heart would pop out of my chest... but okay, the BIG moment - definitely 4.5 stars! I was chewing my poor fingernails to death!
Ending: 4.5 Stars
By Kayla's Place at February 12, 2013

Email ThisBlogThis!Share to TwitterShare to FacebookShare to Pinterest
Labels: 5 Stars, ARC, ARC Review, Great Read, Not My Normal Genre, YA, YA Horror, YA Suspense