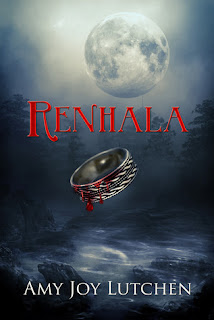 Kailey Rooke, timid accountant, dedicated to philanthropic work, finds herself spiraling into a deep depression after she suffers a horrifyingly odd and humiliating assault, to only discover more of these freakish assaults occurring across the globe.

A chance discovery leads Kailey to a meeting with elderly Gunthreon, actual master of persuasion. Gunthreon, who seems to know too much of Kailey's history for her liking, opens Kailey's eyes to a coexisting realm she never knew existed: Renhala, while entrusting her with the knowledge of her newfound power as karmelean, serving as a beacon to the Higher Ones. Kailey slowly starts revealing new talents, and Gunthreon is fascinated with what she starts achieving.

She soon discovers that Renhala is in danger, and this danger has been leaking into her own realm. As she uncovers secrets within herself, and attempts to toughen up, she fuses with an unlikely band of fellow travelers (including a dragon, woodsprite, six-hundred-pound greble, her faithful female canine companion, and a "giver"), falls into an unexpected love triangle, deals with her sexy and flirtatious best friend’s “issues,” and finds the courage to master a new deadly weapon.

On her mission to save Renhala, Kailey will find herself running from life-threatening disasters, such as greble Tartarin, who likes to remind Kailey that when he catches her, he plans on eating her brains with ice cream; she'll run from the deadly meeples: small cute bunnies with talons and an undeniable thirst for imposing self-destruction on others. Kailey will also run into the possibility that a centuries-old Renhalan rumor is true, that advanced technology existing in Kailey's realm shortens all life spans.

As blood is shed and puzzles near completion, Kailey pulls from deep within herself, conjuring up mystical qualities that enable her to astonish as once predicted at her birth, but despite the newfound strength, Kailey will discover that monsters not only come in ugly packages, but can be easily disguised as those she has come to love and trust.

About the Author per her Goodreads Profile: 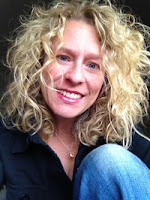 Amy born in Chicago and slept in a dresser drawer for the first few weeks of my life, marking me as a future claustrophobe.

I now write in my spare time as I eat snacks, making sure they are not in multiples of three. That number makes me nervous.

I've been on a fantasy kick lately as far as reviews go. At least it seems that way, LoL.

I love urban fantasy novels. However, this one, because it's so complex, could almost go right into the fantasy category losing the "urban." I understand why it's an urban fantasy though - That's not intended to be a negative comment in this situation. The world & characters are just very complex. I loved the creativity & adored the crazy characters that Amy creates in this novel.

You see the female lead, Kailey, grow up in this novel - maybe grow up is the wrong term. She Matures - that's a better way to put it. She changes from a victim of a horrible attack to a strong lead female character.

When you read the synopsis, you don't get insight into the fact that this novel does hold a romantic aspect along with the action & fantasy world. Definitely a hot read in parts for mature audiences. Lately, I've gotten annoyed with most love triangles. But this one, I liked.  Oh the men... They're, I have to admit, swoonworthy. I want to know how this works out in the end. Definitely can't wait to see where book 2 goes.

I loved the majority of the characters - except Amber >_< Ug that girl got on my nerves. She's supposed to be Kailey's best friend but she's a horrible person. She takes jabs at Kailey on occasion too - I seriously wanted to jump through the book & knock her out. Grrrr.

Overall, really great novel that I think a lot of people would love so the word definitely needs to get out there about this one!