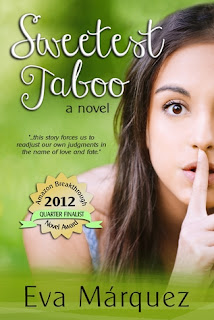 
Isabel Cruz was fifteen years old when she met Tom Stevens. She was 15 when they started dating, and 16 when she lost her virginity to him. By the time she turned 18 and went to college, everything had fallen apart.

This hadn’t been an ordinary love, though. Not a love between two dear friends, or even high school sweethearts. This had been the most taboo sort of love there was: a relationship between a student and her teacher. Isabel started her high school career as a normal student, but set her sights on Tom Stevens as soon as she met him, and pursued him with an intense – and sometimes reckless – fascination. When he finally approached her after swim practice and told her that he shared her feelings, it was the start of a forbidden and dangerous relationship.

Join Isabel as she makes her way through this dark love story, hiding from teachers, lying to her parents, and defying the authorities to make a life with the man she loves. Watch as she discovers the wonders of love and romance, and the terrible betrayal of jealous friends. And cry with her when she learns the hard truth about life and the people in her world.

Sweetest Taboo is inspired by the true and tragic stories of students who fall in love with their teachers, and live with the hard truths of forbidden romances. In a world full of after-school specials on sexual predators, this touching book seeks a different path, casting both student and teacher in a gentle light, and showing that true love may lie at the base of even the most illicit romance. 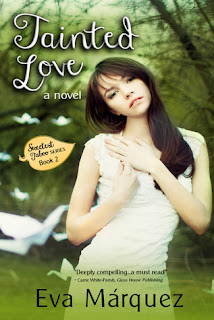 
Isabel thought her life was on track – she was doing well in school, moving quickly toward her future, and deciding who she wanted to be. Best of all, she’d reunited with Tom, the love of her life. But it doesn’t take long for her history – and his – to start catching up with them, presenting a range of uncomfortable questions. Does he really love her? Are they meant to be together? And what exactly has he been doing in their time apart? 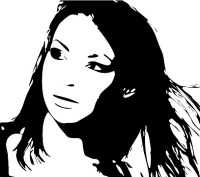 Born in Buenos Aires, Argentina, daughter of European immigrants, Eva Márquez has spent most of her life outside of her home country. At the age of five, Eva accompanied her parents to the United States, where the family settled permanently. After graduating from university, she went on to complete graduate studies in International Relations in Spain. Eva received her Master of International Studies degree from the University of Sydney and went on to work in the global health field in Sub Saharan Africa and South East Asia. Eva currently resides in Southern Africa.

This is one of those controversial subjects that I tend to stay away from now that I'm an "adult" because my emotions on the subject are vastly different now vs when I was a teen. This series deals with the building relationship between a high school teacher and his 15 year old student. As a mom and an adult, I wanted to be mad at Tom for allowing himself to pursue such a relationship.... but I remember being in my teens and having a crush on that one teacher that always caught your eye... I can't help but envy Isabel for being able to have that relationship with the untouchable.

Student/teacher relationships are a very controversial subject and I worried that once I started this series I would be on edge the whole time because it would just feel wrong to read about it. However, Eva does a wonderful job of riding the fence. In book one, we read from Isabel's POV... seeing how much she really cares about Tom... Now, one can argue that she's too young to feel what she feels, she's too naive to truly understand what's going on, or she has too much pressure on her shoulders at such a young age - too much to hide and constantly looking over her shoulder because she's afraid to get caught. Now Tom, one can argue over and over again that he knew what he was doing was wrong on all levels, that he has a wife & kids at home, that she's practically a child, that he should've never acted on any of his feelings.... Eva does a great job of portraying the emotions that Isabel is feeling so we can see, as the reader, that she's honest with her feelings. Now, I did get annoyed with her over and over again because she became almost flighty... Kiss a boy on the trip, kiss her previous supervisor one afternoon... she did these things supposedly because she wanted to see if she could feel anything for any other boys and she wanted Tom to feel one ounce of the jealously that she feels because he goes home to a wife and kids each night. Rather than just talking to Tom, she acted her age and did a few stupid things. Overall though, as the reader, I felt Isabel was definitely more mature than most 15/16 year olds that I've been around.

Starting book two, you begin to read straight from Tom's POV. I absolutely loved reading from his POV because he's almost the character that you love to hate because you can't help that nagging perception that what he did was wrong but yet you see that he truly cares for and loves Isabel. Now, I won't lie and say that he's this great, trustworthy guy... because honestly, half the time, I don't know what to believe and what not to believe. He has a smooth tongue and could probably talk his way out of a plastic bag buried in cement and dropped in the ocean. LoL Reading from his POV helps to clear several things up though but as soon as you jump back to Isabel's POV, you're confused again.

In book two, things are different because Isabel is a 20 year old who's free to make her own life choices now. Technically, they don't have to hide what's going on but the rumor mill is still there and constantly haunting their every move. Can they get away from it? What will her parents think when she finally comes clean and they find out she lied to them for years and years..... lied to the cops, lied to her parents, lied to friends, lied to everyone except her best friend....Even though they're both two consenting adults, people will still talk. I actually liked book 2 better than I did book 1 - I think it's because of the insight that I gained into Tom's feelings and character....I disliked Tom more in book 1- thinking he was more of a lying creep... I started to see him more as a man head over heels in love in book 2... No matter if I thought it right or wrong. Who's to say, really & truly, what's right or wrong... Ya know?

Lots of hoops to jump through, walls to knock down, and mountains to climb... that's for sure....

Overall, I did enjoy this read even though I was torn between enjoying what was unfolding and feeling kind of like a creep for hoping for the best for a 15 year old and her teacher. LoL


Tour Giveaway!!
Enter to win one of Five (5) Print Copies of Tainted Love with Swag Packs
Open Internationally. Use the provided Rafflecopter below!