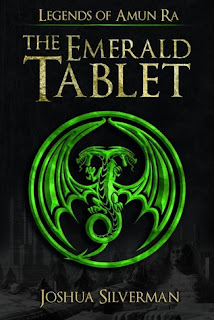 Leoros doesn't have many friends. The son of a scientist and archeologist, he is constantly on the move. But when his parents make a startling discovery in Egypt, Leoros' world is turned upside down.

Do you wish you could have the power of a god? Would you use it for good…or for evil?

When an archeologist discovers the mythic Emerald Tablet buried beneath Egypt’s desert, her son decodes the ancient text leading him to a distant world. On that world, a slave girl begins a journey towards a destiny she cannot imagine. But when an ancient foe rises from the ashes, they will be brought together
by forces neither understands. Leoros, who dreams of being like the heroes in the comic books, must fight to unlock the secrets of the universe to save a people he never knew existed. Atlantia, whose bloody visions wake her in the night, senses the darkness coming. Together they will face an enemy with the power of dark energy, lose a mentor to the assassin’s blade, and be betrayed by someone they trust. Their fight for the future is just beginning, and before it is over, a final sacrifice must be made. When the darkness comes, will they stand and fight or will they join it?

There is darkness in everyone. 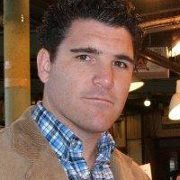 Joshua Silverman was born in Washington DC and currently resides in Orange County, CA. He grew up watching Star Trek, Star Wars, and other science fiction series with his family when he was young. Star Trek: The Next Generation was a ritual show in his house. In his spare time, he collected a respectable collection of comic books and Magic: The Gathering cards.

When he’s not writing (or working in his day job to be able to write at night), he spends his time thinking about how to avoid traffic, what he’s going to have for dinner, watching cheesy apocalyptic or Kung Fu movies, working out, hiking, or reading.

The Emerald Tablet is unlike any other novel I've read... Starting off, the first freaking scene, you see a man strangling his 6 year old daughter just to get her to feel and bring out "hate" so she can bring her powers to the forefront. I'm pretty sure my eyes crossed a tad bit during this scene because you can tell the father is willing to do anything to get it out of her. Then you jump several years forward, then you jump again. I'm not going to lie, the first several chapters of the book after that first one just dragged by for me.... There's SOOOOOOO much detail that I ended up confused more times than one. I guess that can be expected since the author is practically building a whole world and setting the scene but I like when the reader is able to also expand on what the author is giving you. There's so much detail being given that a few times I was a tad frustrated because it was literally all laid out there for me. Some people may prefer that. To each their own I guess. Haha. :)  I think the writing style may have contributed a tad bit to my confused state sometimes. I had a difficult time during parts of the novel figuring out if I was reading past tense or present tense...It wasn't so bad to the point I wanted to put it down - it was just a little confusing and I had to just stop thinking and keep reading.

Anyways, the characters, granted there are a lot of them, are really uniquely built. I enjoyed learning about each of them but I had trouble at first deciphering which characters were which and keeping it all straight in my mind. The first half or so of the novel was kinda "ehh" for me; however, a little later on when everything begins to move a little faster, I started to become more attached to the characters and root for Leoros. The creativity really blew my mind in several spots.

I'm not quite sure what the target audience is supposed to be for this novel since the characters are really young for the most part but some of the things that happen in the novel are definitely not for younger readers - Maybe New Adult or Mature YA... Since I'm in my *cough* late >_<  20's, I was fine reading it... I just wouldn't stick YA in front of this novel...

I feel like I'm starting to ramble a little bit and I guess that's because I'm not sure where to go next...

I guess overall, I'd give this a solid 3 stars.... I'm kinda freaking out though because it's supposed to be book 1 of 7 = that's right SEVEN... that's a long run for a series and I've only seen it happen the right way a few times... other times it just drags on and on and on and on and... okay, you get the point. LoL I do think that the author has a good set up for a long series so I think it can be done. :)