Update!! Get your copy of the The Undeparted FREE on AMAZON this weekend!! November 17 & 18
Get Your Copy!!

Please Help Me Welcome Deborah Palumbo
Author of The Undeparted Series!
Thanks for stopping in Deborah!!
First of all, I want to say I'm really glad to be here! 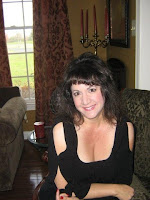 I'm a self-pubbed fiction author now but I began as a young gal who from age 7 through 18 wrote poems for God, but I always wanted to write novels; it was something innate. That dream however, didn't happen until I was unfortunately stricken with a debilitating illness; as a result, I have 9 novels published on Amazon and many more are sitting in my file waiting to be dusted off!

I spin yarns in several genres, available as ebooks and paperback: Paranormal...laced with mystery and romance, historical, and mystery/crime...you know who dunnit with frustrated detectives who are hot on the trail of some killer. The one element they all have in common is they are all mystery based.

I also co wrote a screenplay with actor/writer Jordan Rhodes. I loved the experience immensely, but writing novels is still much preferred.

Okay so now that we've gotten my humble bio out of the way, we're ready for the meat and potatoes. 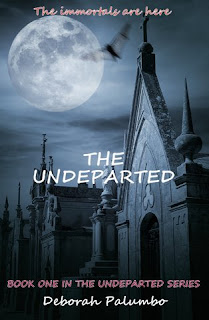 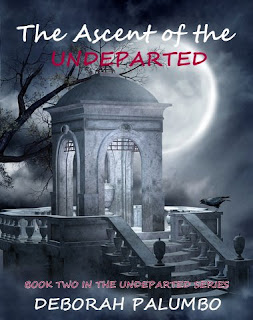 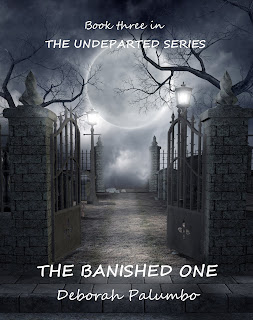 So, here we are about to discuss my vampire series The Undeparted and in particular book 3 The Banished One. Yeah, I've already finished book 3 which means you have to promise me you'll rush to Amazon and buy all 3 books and get caught up on the paranormal mystery/romance series and the characters, Quentin, the father of all vampires who is in an emotional transition, the beautiful and once mortal Cassandra, Quentin's sidekick since the 1200's the sexy and mean spirited Christian, and the vicious and evil Lucius.

If you're a prime member, my books are free to you, otherwise, the Kindle books are only $2.99, paperback are $7.95. I've gotten terrific reviews, so I hope you'll check out the series.
SYNOPSIS OF THE BANISHED ONE 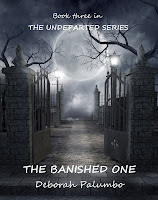 For those 18+
The Banished One, a serial killer vampire also named Lucius, is still wreaking havoc on the sleepy town in Tower City, and since he's supernatural he can't be captured by normal police procedure.

A frustrated Lieutenant Welby refuses to believe that the elusive Lucius, the one responsible for those dead bodies in his town, is a vampire; that defies logic. There's got to be another explanation for those fang marks in the victims' throats.

Welby remains a staunch disbeliever in vampires until the coroner, Doc McMahon, causes him to change his mind!
Doc shows Welby his ancestral journal from the 1700's regarding Quentin Castle, the father of all vampires.
Welby ( and the reader) is whisked back in time as he reads those yellowed pages filled with encounters of beautiful women being lured to their mortal doom and transformed into vampires by the handsome and charming Quentin. But what causes Welby to finally be convinced, is a series of preternatural events and the coroner's scientific evidence!

Welby then follows the old town rumors about vampires right to Quentin and his gothic castle to enlist Quentin's supernatural aid in capturing Lucius.
But will Quentin, the only one who can stop Lucius' vampire tirades, help the Lieutenant or make him one of The Undeparted?
Will Quentin battle Lucius and send Lucius to the bowels of hell for eternity, finally ensuring that Cassandra is safe from her old beau? Will the old coal mining town be safe at last?

EXCERPT FROM THE BANISHED ONE:
Suddenly a chemical shot through Lucius while he was watching that sexy female, similar to a feeling when he was mortal and checking out a hot babe. But this desire in his vampire state was more intense, almost electrified and mingled with this lustful craving for blood. He had to drink from her neck; taste her life's essence, and he had to get laid. There was no fighting it, no self-control. He was accustomed to indulging every desire, no matter if they were spontaneous eruptions from some surging chemical, or a well-planned rendezvous.
I hope everyone enjoyed themselves as much as I did and falls in love with the series! Thanks everyone for letting me chew your ear off for a few minutes!
Deborah Palumbo
MY BOOKS ARE AVAILABLE ON MY WEBSITE
ebook and paperback
AND on:    AMAZON


If you like my books please remember to hit the "like" button, review them and recommend them!
By Kayla's Place at November 13, 2012