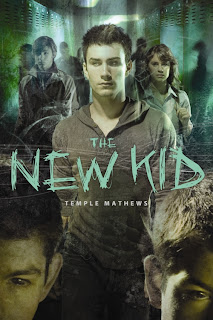 "Will Hunter is used to being the New Kid; Harrisburg High School is his fifth new school in less than three years. By now, he knows not to be fooled by the bright pep rallies, the wholesome jocks, the innocent cheerleaders. He knows the evil lurking underneath. It's the same evil that took his dad eight years ago: the same evil he battles every day. Natalie Holand's life fell apart the night her sister Emily disappeared. No one believes her when she tells them what she saw: yellow and green eyes, glowing beneath the surface of the water in which Emily supposedly drowned. And Emily isn't the only person to go missing in Harrisburg lately. The town is changing, not for the better, and Natalie doesn't know why. What she does know is that, whatever's happening, it's bad, and the New Kid is right in the middle of it. Because Will's got a secret even bigger than Harrisburg's . . . and there's more to it than even he knows." 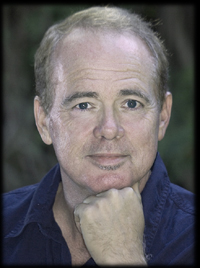 A graduate of the University of Washington and a producer at the American Film Institute, Temple Mathews has written dozens of half-hour animation TV episodes and several animated and live action features and direct-to-DVD and video films. Mr. Mathews has sold scripts and/or worked for hire at every major studio in Hollywood. His credits include the Walt Disney animated feature films "RETURN TO NEVERLAND" and "THE LITTLE MERMAID II," and the MGM feature film "PICTURE THIS!"

Temple Mathews was Story Editor on 35 half-hour episodes of "THE JUDGE", a daytime courtroom drama and Story Editor on two seasons of "INSIDE OUT," an anthology series produced by Propaganda Films and Producer Alan Poul ("SIX FEET UNDER"). On that series Mr. Mathews worked with directors Antoine Fuqua ("TRAINING DAY"), Alexander Payne ("SIDEWAYS," "ABOUT SCHMIDT"), Richard Shepard ("THE MATADOR") and others. Additionally, he was Writer and Producer of the feature film ("OFF THE MARK") starring Terri Ferrell ("BECKER, DEEP SPACE NINE") and Barry Corbin ("ONE TREE HILL."). Mr. Mathews lives in Santa Monica with his daughter, actress Manon Mathews


My Review:
The New Kid took me by surprise!!! I really wasn't sure what to expect. I knew the synopsis sounded intriguing and I was looking forward to reading it but honestly didn't psych myself up about it. The first chapter down and I was hooked! I started reading at 2am this morning and finished it tonight (8:00PM).

The characters are great. I was immediately drawn to Will. His character is extremely likable - he's humble, determined, attractive, strong, smart and seriously brave. He doesn't go around thinking he's "Mr. Unbreakable" which makes him even more attractive. Natalie is a great female lead! At first I wasn't sure if she was going to end up being a lead character when she first entered the story but I was so happy that she did become the female lead. She's not an over the top female character - which is what I usually end up complaining about when it comes to female characters.

Temple did a GREAT job creating his characters and building his world.

Wow.. can I just say the story line kept me on my toes. From chapter one all the way to the last chapter, I didn't have a clue what was coming up next. The twists and turns that occur throughout this story keep your mind on high alert. I was constantly trying to catch my breath after an intense scene... just to end up breathless again a few pages later... If you're looking for an action packed read, this is definitely it. The weapons that Will creates would leave any reader at awe! Plus, Will creates a video game from his experiences killing demons! How awesome is that! Brilliant!

I've read a lot of "demon" slayer books and The New Kid was unlike any that I've read. I always LOVE being able to say that about new reads. It's great to see creative minds at work and always coming at common themes from a fresh angle.

Cover Rating: 4 Stars
Character Rating: 5 Stars
Plot: 4 Stars
Climax: 5 Stars <- I had to hold my breath through so many pages that I'm surprised I didn't turn blue in the face!
Ending: 5 Stars