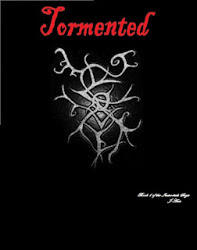 It's been over 200 years since Humans drove the affected into hiding. Now out of nowhere, people are dying on both sides. When one of the few female specially trained fighters; also known as an Ultorum, is added to the body count, Angelina is forced to make a decision. Now she must betray everything she knows, including her best friend Michael, and follow the one creature she doesn't trust.

Ethan watches this young Ultorum with leery eyes. He is deeply impressed with her abilities, and even more so with her determination. It's just to bad she smells so good.

Together they set out to find the one responsible for all the killings, but what they find, they are not going to like. 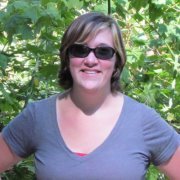 Jessica is a single mother who has been telling stories since as far back as she can remember, even to the point of telling them to her family on long car rides. She dreams of having her books someday become Best Sellers. For now though she is just happy spreading what she loves to those around her.
When she is not working or writing, she can be found playing with her daughter, listening/dancing to music, or just lounging around. She loves romance novels, especially if they are paranormal and she would love to hear from you!
Tormented is her first novel.

This is such a fresh spin on the vampire genre! The actual world that Jessica Ann created is fabulous!! I really can't say enough about the creativity in this story.
Vampires were created by accident through basically a laboratory testing gone wrong... also created: the Ultorum - pretty much the "police" there to try and keep the vampires from killing people. The Ultorum - known by their Green eyes - are the only ones strong enough to protect the clueless humans from the vampires. There's a treaty of sorts so the vampires are supposed to stay out of the city limits and stay in their own territories.
The characters are absolutely fabulous! You have Angy - with her Grey eyes. She's unlike the other Ultorums not only because of her eyes but she also seems a tad faster/stronger than everyone else too. She's "special" but no one can quite explain why or how until much later in the story.
Then there's Michael - her best friend/potential boyfriend, second highest ranking Ultorum (right below Angy's father - the Chief) in their area. He's such a good guy. I LOVE his character. Then of course there's Ethan! Can you say... YUMMY! He's the first attractive vampire that Angy has seen and oh boy is he one attractive fella. The other supporting characters are really great. Samantha, the Chief, the other Ultorum...
I can't say enough about how creative this story is - it's completely different from any vampire book I've ever read - and trust me when I say I've read A LOT of vampire novels in my 26 years. The story has action, fighting, killing, romance, tension, suspense, compassion, mystery... It really has all the makings of a great series!
I NEED to know what happens in book 2 because book 1 definitely leaves you hanging. There's so many questions that haven't been answered yet that I really want answers to.
Okay - so the negatives about Tormented:
The editing with regards to punctuation. Incorrect punctuation really drives me bonkers when I'm reading. I fail to use correct punctuation in day to day life but it's because I'm writing more for fun than seriously. When I need to be serious and write something more professional, my punctuation has to be correct or it drives me bonkers. When I'm writing for fun or more casual, I tend to really overuse "..." Guilty as charged. There were several places in Tormented where I wanted to take out my pen and correct the punctuation. I had to just about pause and refocus on the actual reading. LOL BUT I'm a stickler & it's just a pet peeve so other's may not notice.
The cover. I really wish there was more to the cover... a hot man with red eyes... an Ultorum... Angy. I'd love to see the characters all on the cover in some intense scene so it gives readers more of an idea of what type of book they're picking up. I'm sooooo glad that I was given this book to read because if I was to pass it in the bookstore or come across it on the B&N website, I would've kept scrolling = that would've been a travesty. >_<

I would definitely recommend this book to readers who enjoy a good paranormal read. For the first book that J. Ann has written, it's a great read!! There's a bit of romance but definitely not as much as I would like - the potential for quite a triangle. Hence the reason I cannot wait to find out what happens in the next book!
My Overall Rating: 4 Stars

Cover Rating:  2 Stars
I liked the cover but if I was to pass this in the store, I wouldn't have stopped & picked it up

My ONLY complaint about Tormented is the Punctuation - that REALLY drives me bonkers.

a Rafflecopter giveaway
By Kayla's Place at October 17, 2012