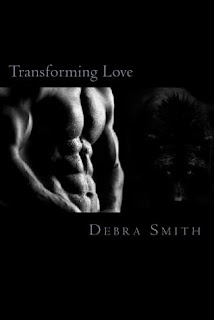 Published August 25, 2012 by Debra Smith
Kindle Edition from Amazon - ­­­­65 Pages
Nook Edition from Barnes & Noble not available at this time

Connect with the author
Debra Smith:


Excerpt from Goodreads:
Jenny never expected her thirst for freedom to lead to her capture. Family secrets prevent her from running from the only man tempting enough to make her submit to her body's desires.

Gryph is dark, sexy, and determined to win Jenny in the Slag, a contest revered by his kind. As the leader of his Clan he's used to getting his way, until her. Can he give Jenny her freedom while winning her heart?


This book is an adult paranormal read so there are sex scenes not appropriate for younger readers. These scenes were lightly hot and greatly written. With an attractive male & female character, this put the cherry on top so to speak.

My Overall Rating: 4 Stars
Cover Rating:  3.5 Stars (for a cover created by the author, it's pretty good)
Main Characters: 4.5 Stars
Plot:  4 Stars
Climax: 3 Stars (since it's such a short book, there's little explanation to what's going on during the climax but had this been a fully written scene, I'm sure it would've been nail biting)
Ending:  4 Stars