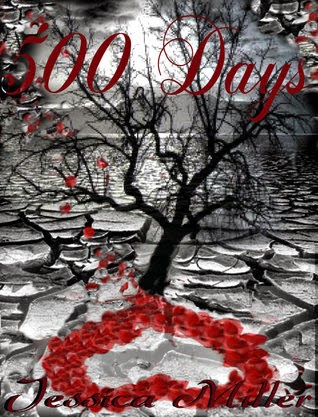 Casper Covington had his music, women, and pretty much anything he wanted at his disposal. But the one thing that plagued his thoughts constantly was the one thing he couldn't have. The girl he met six months ago. A drunken one night stand that he couldn't get out of his head. The only thing he remembered from that night was her green eyes and the ivy tattoo that stretched the length of her body. In his attempts to put an end to the tortuous dreams of the mysterious girl, Casper’s attention is caught by the new bartender. There’s just something so familiar about her that his need to get to know her becomes more troublesome than he expected.

Alexis Radcliff was raised by her four brothers making her as tough as nails on the outside but on the inside she wanted what every girl did – someone to love her, faults and all. She would be damned if she admitted that out loud and made a point to show she could use men just as easily as they used women. But when a sexy musician starts to show interest in Alex she has a hard time convincing herself to stay away. Alex knows everyone has secrets but hers are ones she doesn't want to share. But when she can no longer fight her feelings, her dark past slowly starts to unravel.

Can true love conquer all? Or are past ghosts a haunting premonition of what lies ahead?

Grab Your Copy from Amazon

I live in a fantasy world and have an over active imagination. But the best part about that is I never stop creating new characters and new stories to share. I love writing and expressing myself in a way that everyone else can enjoy as well. I work in the salon most days, but when i'm not doing hair, I'm writing or reading.

I've enjoyed everything that Jessica Miller has written so I was excited to dig into this new story from her! It was definitely a goodie!

Okay, so the Alex has to be one of the most frustrating female lead characters I've read in quite some time. She's one of those characters who always seems to make the wrong, stubborn, stupid decision to us as the reader. Ha. Especially when it comes to making a decision about the yummy man she loves but won't admit to loving.

Which brings me back to Casper! Ah! Loved him. He is what brought balance to the novel for me. He had his head on straight & made me want to keep reading.

As frustrating as Alex was, Casper and Alex together, when she wasn't fighting to admit she loved him, were beautiful & hot together.

The last plot twist with her oldest brother... Oh gosh... I cried... Hard. Be prepared.

Overall, 4 stars for me!