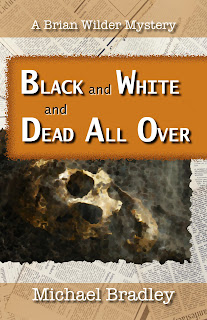 *PDF Obtained For Review As Part of a Blog Tour*


Synopsis Via Goodreads:
From the author of The Case Files of Doyle & McCraken comes a modern day tale of intrigue and murder. When the skeleton of a teenage girl is uncovered at a construction site in Newark, journalist Brian Wilder must follow a twenty-two year old trail of deceit and lies to uncover the truth behind her death. While still struggling with his own tragic past, Brian uncovers a haunting secret of passion and anger that could threaten to destroy one of the most powerful political families in Delaware. 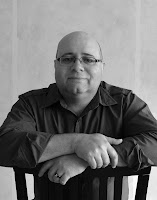 Born and raised in southern New Jersey, Michael Bradley is an author and IT consultant, whose frequent travels bring him in touch with a variety of people up and down the east coast. When he isn’t on the road, Michael hits the waterways in one of his three kayaks. Being an avid Apple fan, Michael loves to preach the benefits of Apple’s Mac OS X and iOS.

Before working in information technology, Michael spent eight years in radio broadcasting, working for stations in New Jersey and West Virginia, including the Marconi Award winning WVAQ in Morgantown. Becoming an author has been a lifelong dream for Michael, which was finally realized with the release of his first book in 2012.

Among the writers in which he finds inspiration, Michael favors P.D. James, Raymond Chandler, Leslie Charteris, Simon Brett, and Ian Fleming. He lives in Delaware with his wife, Diane, and their two furry four-legged “kids”, Simon and Brandy.

Michael does all of his writing on an Apple iPad 2 with a Logitech Ultrathin Keyboard Cover.
Connect with Michael:
Website
Goodreads
Facebook
My Review:
Okay guys - first off, this isn't my normal genre these days. I used to read more mystery & suspense novels when I was younger but I got away from them. I won't do a full review for this like I do my others but more like a quick, honest review.
Okay... So it was hard to get invested with the story at first... Maybe because mystery isn't my usual genre these days... But once the mystery starts progressing, you feel more attached to what's unfolding on the pages. I really liked the main character - Brian. He is a really likable guy - stand up man who's had tragic events hit him hard. He went from being a huge reporter to someone who runs a small town weekly paper. He kept all of his big shop reporting talents even though he went to a small paper. It was really neat to watch him figuring out the case just like a detective would. I loved Jessica - she was spunky & I wish I could've seen more of her. Honestly, I solved the mystery before he did so I wasn't really surprised by "who dun it" but I was more surprised by how it all unfolded. It definitely kept me on my toes.
It was a great story - loved the climax (except it did seem a tad easy to get confessions). My only negative is that the story seems all over the place in areas - it's hard to tell where one scene ends & another begins - it just jumps around.
Overall - a really good read - 3.5 Stars.
Giveaway!!
Michael is giving away 1 Print Copy (US Only - sorry international readers) to a lucky winner! Use the Rafflecopter below to enter!
a Rafflecopter giveaway
By Kayla's Place at December 19, 2012