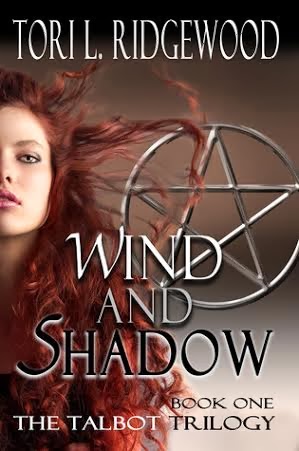 Rayvin Woods, photographer and natural witch. She just wanted to start her life over again after a series of misadventures. She didn't count on rekindling a lost love when she came home to Talbot...or battling a malevolent vampire and his coven for her life.

Grant Michaels, police officer. He thought Rayvin was a murderer. He will do whatever it takes to protect the community he loves from danger...but will he learn to trust his heart, and the word of a witch, before it's too late?

Facing the past can be a nightmare. It's worse when a vampire is stalking you.

After her first heartbreak, Tori found solace in two things: reading romance novels and listening to an after-dark radio program called Lovers and Other Strangers. Throughout the summer and fall of 1990, the new kid in town found reading fiction and writing her own short stories gave her a much needed creative outlet. Determined to become a published author, Tori amassed stacks of notebooks and boxes of filed-away stories, most only half-finished before another idea would overtake her and demand to be written down. Then, while on parental leave with her second baby, one story formed and refused to be packed away. Between teaching full-time, parenting, and life in general, it would take almost seven years before the first novel in her first trilogy would be completed. In the process, Tori finally found her stride as a writer.

At present, on her off-time, Tori not only enjoys reading, but also listening to an eclectic mix of music as she walks the family dog (Skittles), attempts to turn her thumb green, or makes needlework gifts for her friends and family members. She loves to travel, collect and make miniature furniture, and a good cup of tea during a thunderstorm or a blizzard. Under it all, she is always intrigued by history, the supernatural, vampire and shapeshifter mythology, romance, and other dangers.