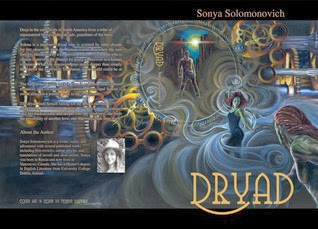 Solena is a dryad from the South American rainforest who is scorned by other dryads for her obsession with the human world. She likes to wear makeup, read human magazines such as Narcissism Carnival, and unlike self-respecting dryads who live under the stars, she lives in a treehouse.

But when the rain forest is threatened by a timber corporation, it is Solena who is chosen to prevent disaster by going undercover in a human company.

What she discovers goes much deeper than simply the fate of the rainforest. The future of the world could be at stake.

The humans are going back in time in order to extract natural resources and circumvent environmental laws, and Solena is swept along on a journey back to the 17th century.

The dryad finds herself falling for the heir to the timber corporation, the handsome Rodney Love, but as her adventures take her back in time and deeper into the rainforest, she finds the possibility of another love, one that transcends time itself…

Who will win the dryad’s heart: a smooth-talking billionaire who graces the cover of Narcissism Carnival or a wild and unruly jungle warrior?

Grab Your Copy from Amazon or Smashwords 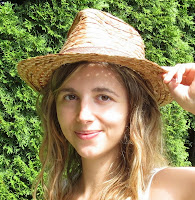 I have been a journalist, a teacher, and an editor. I briefly flirted with the idea of becoming a fitness instructor, but then I realized that what I enjoy most is flirting with actual people… oh yes, and writing novels. I am passionate about all things swashbuckling and seafaring, and when I’m not duelling or writing about duelling I can be found at a martial arts studio or a local spa — or a martial arts spa. I live in Vancouver, Canada.

Enter below for your chance to win a $10 Amazon Giftcard!

a Rafflecopter giveaway
By Kayla's Place at December 02, 2013