Spotlight: Madness of the Turtle by S.R. Wilsher 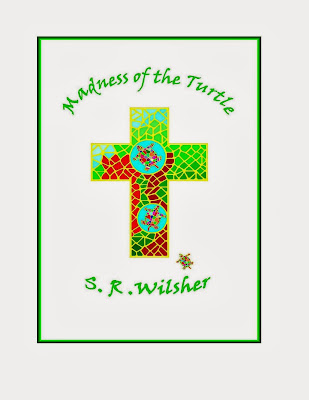 Seventeen-year old Rico dreams of another life – where losing an ear in a fight isn’t funny and where love is about belonging and not expediency.

Instead, he follows a gang of brutal and uneducated jungle bandits who are fleeing the Guatemalan army and heading to join the revolution in Cuba, unaware the fighting ended ten years earlier.


When Rico’s father, the gang leader Father Gerard Limerick, is wounded in a gun battle they take shelter on a farm and witness television for the first time.

Limerick falls in love with a beautiful soap actress and, believing he has been resurrected in order to save her, resolves to track down and kill the soap’s evil bad guy.

Yet as they seek the actress, robbing and killing with seeming impunity, the love of a boy for his father is slowly reduced by the growing recognition of his father’s dangerous ignorance and crazed rationalisation.

Rico’s impossible love for a prostitute, his failure to protect a farmer’s wife from the men, and the mistreatment of ordinary people leaves him determined to save Magdalena from the most frightening man in the world.


Authors Note: Rico’s world is a harsh and brutal place and its portrayal means that some of the story content may be considered strong, especially for a YA audience.

Grab Your Copy from Amazon 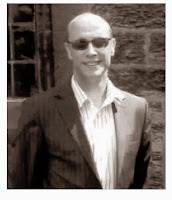 Rico’s world is a harsh and brutal place where violence and indifference is second nature, but there is no frontier-glory attached to their behaviour. Instead it betrays all of the ignorance, misogyny and desolation of such lives.


The story came about when I abandoned an earlier thriller and searched the story to see what could be rescued. The only interesting thing of note was the bandit leader Father Gerard Limerick- and so a hundred thousand word thriller was reduced to a single page thought.


However, the more Limerick developed the more absurd he became. And while we all rewrite our pasts to a certain extent to protect our self-image, it’s those like Limerick, whose shamelessness and manipulation of the truth for their own ends that verges on madness, that his character is supposed to spotlight.


When I consider the wilful one-eyed ignorance of the bandits, I have in mind a group of under-educated vigilantes a few years ago who had protested against a local man because they had confused paediatrician for paedophile. So the bandits also became the easily confused and those who are too lazy to consider anything other than a black or white solution for those problems that are only ever grey.


Rico though is plainly different and, of all my characters, he’s my favourite. I love his honour and bravery in accepting the truth, and then his clear-sighted willingness to act against that which is wrong, never mind the cost too himself.


It was never my intention to write a satire, and I still resist the idea that I have, because the narrative was always more important than trying to lampoon types. And because the characters inside, and the segments of society they represent, are not meant to be funny; they are more to be feared than mocked.


Nor do I write for a younger audience. I always spoke to my children exactly how I would anyone else, so see no reason to write differently either. It’s just that I feel the themes of this story are best pitched earlier in life rather than later.


I’ve been writing all my adult life, with my career and my writing each suffering as a result of the other. I chose my degree (psychology) based solely on what it could offer my writing rather than my working day, which for twenty-plus years was in Sales Management. That was cut short by the need for a kidney transplant - although the break was a great boost for my writing. As an aside, I now work as a Clinical Research Administrator and currently live in Dorset, England and am married with two children.


This was my first completed book, but the years of trying to get past an agent meant I had more than one in the pipeline, so I also have available The Collection of Heng Souk and I am set to release a third – The Seventeen Commandments of Jimmy September - at the end of the year, with a fourth in 2014.

Email ThisBlogThis!Share to TwitterShare to FacebookShare to Pinterest
Labels: Adult, Brutal, Fiction, Harsh, Mature NA, Not for YA, Spotlight