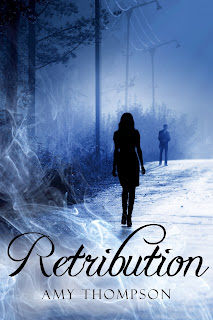 
Regan Edison has just moved from California, to enter her first year at Georgia Liberty College, the place where jacked up Chevy trucks and hunting are a way of life. Regan hopes to start a new life for herself and she thinks that Georgia is just the place to do it. That is until she meets an unexpected stranger.
Colter Hayes is a member of the Collectors, a group of wrongfully punished lost souls. Colter and the rest of his team, Finn, Kaiden and Devon, work for the Requiem Council who pass judgment on those souls that are neither tagged for Heaven nor Hell. The Council has charged the Collectors with finding the lost in exchange for a chance at redemption.

When an ex-councilmember known to pass Retribution on lost souls sets his sights on Regan, the Requiem Council dispatches the Collectors to Georgia to work as protectors for Regan. The Collectors must fight to save Regan from a fate they know all too well, but can they work to earn back their chance at redemption or are their fates sealed forever? Amy Thompson graduated from Randolph-Macon College with her B.S. in Biology. She currently works as a high school mentor and is earning her M.S. in Higher Education from Drexel University. Amy is a first time, self-published author of Retribution, a new adult paranormal romance novel that is the first in the Lost Souls series. She lives in Southern Virginia with her family and two lazy cats. Amy Thompson is currently working on the next book in the Lost Souls series and continues to be an avid reader of all things books.