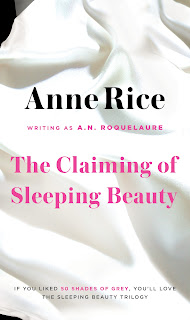 From bestselling author Anne Rice, writing as A.N. Roquleaure. In the traditional folktale of 'Sleeping Beauty,' the spell cast upon the lovely young princess and everyone in her castle can only be broken by the kiss of a Prince. It is an ancient story, one that originally emerged from and still deeply disturbs the mind's unconscious. Now Anne Rice's retelling of the Beauty story probes the unspoken implications of this lush, suggestive tale by exploring its undeniable connection to sexual desire. Here the Prince reawakens Beauty, not with a kiss, but with sexual initiation. His reward for ending the hundred years of enchantment is Beauty's complete and total enslavement to him as Anne Rice explores the world of erotic yearning and fantasy in a classic that becomes, with her skillful pen, a compelling experience.

The Prince had all his young life know the story of Sleeping Beauty, cursed to sleep for a hundred years, with her parents, the King and Queen, and all of the Court, after pricking her finger on a spindle.

But he did not believe it until he was inside the castle.

Even the bodies of those other Princes caught in the thorns of the rose vines that covered the walls had not made him believe it.  They had come believing it, true enough, but he must see for himself inside the castle.

Careless with grief for the death of his father, and too powerful under his mother’s rule for his own good, he cut these awesome vines at their roots, and immediately prevented them from ensnaring him.  It was not his desire to die so much as to conquer.
And picking his way through the bones of those who had failed to solve the mystery, he stepped alone into the great banquet hall.

The sun was high in the sky and those vines had fallen away, so the light fell in dusty shafts from the lofty windows.

And all along the banquet table, the Prince saw the men and women of the old Court, sleeping under layers of dust, their ruddy and slack faces spun over with spider webs.
He gasped to see the servants dozing against the walls, their clothes rotted to tatters.
But it was true, this old tale. And, fearless as before, he went in search of the Sleeping Beauty who must be at the core of it.

In the topmost bedchamber of the house he found her.  He had stepped over sleeping chambermaids and valets, and, breathing the dust and damp of the place, he finally stood in the door of her sanctuary.

Her flaxen hair lay long and straight over the deep green velvet of her bed, and her dress in loose folds revealed the rounded breasts and limbs of a young woman.

He opened the shuttered windows.  The sunlight flooded down on her.  And approaching her, he gave a soft gasp as he touched her cheek, and her teeth through her parted lips, and then her tender rounded eyelids.

Her face was perfect to him, and her embroidered had fallen deep into the crease between her legs so that he could see the shape of her sex beneath it.

He drew out his sword, with which he had cut back all the vines outside, and gently slipping the blade between her two breasts, let it rip easily through the old fabric.

Her dress was laid open to the hem, and he folded it back and looked at her.  Her nipples were as rosy pink as were her lips, and the hair between her legs was darkly yellow and curlier than the long straight hair of her head which covered her arms almost down to her hips on either side of her.

He cut the sleeves away, lifting her ever so gently to free the cloth, and the weight of her hair seemed to pull her head down over his arms, and her mouth opened just a little bit wider.

He put his sword to one side.  He removed his heavy armor.  And then he lifted her again, his left arm under her shoulders, his right hand between her legs, his thumb on the top of her pubis.

She made no sound; but if a person could moan silently, the she made such a moan with her whole attitude.  Her head fells towards him, and he felt the hot moisture against his right hand, and laying her down again, he cupped both of her breasts, and sucked gently on one and then the other.

They were plump and firm, these breasts.  She’d been fifteen when the curse struck her.  And he bit at her nipples, moving the breasts almost roughly so as to feel their weight, and then lightly he slapped them back and forth, delighting in this.

His desire had been hard and almost painful to him when he had come into the room, and now it was urging him almost mercilessly.

He mounted her, parting her legs, giving the white inner flesh of her thighs a soft, deep pinch, and, clasping her right breast in his left hand, he thrust his sex into her.

He was holding her up as he did this, to gather her mouth to him, and as he broke through her innocence, he opened her mouth with his tongue and pinched her breast sharply.

He sucked her on the lips, he drew the life out of her into himself, and feeling his seed explode within her, heard her cry out.

And then her blue eyes opened.

The Story Continues in Books 2 & 3 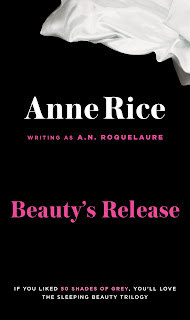 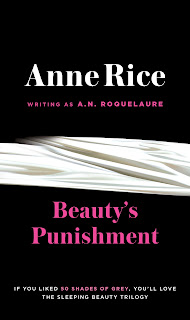 Enter to Win:
a Rafflecopter giveaway