Review: Tiy & the Prince of Egypt by Debbie Dee 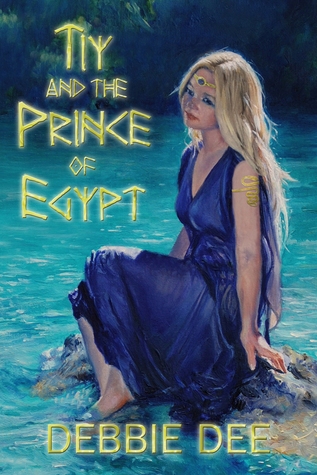 Tiy & The Prince of Egypt
by Debbie Dee
YA Historical Romance
Published September 27, 2013

Tiy is different than the other Egyptian girls--she has pale hair and more freckles than she wants to count. With her mother consumed by the need to keep up appearances, and her father too busy to care, Tiy just wants to disappear into the background. But her hope for a quiet life is shattered when she rescues Prince Amenhotep from a sandstorm and is rewarded with an invitation to attend the royal school in Egypt’s capital—-a place where girls like her will never belong.

Amenhotep welcomes her into his close circle of friends and their friendship strengthens into a bond neither is willing to lose. But when Amenhotep becomes Pharaoh and is pressured by the priests to marry, the strength of their friendship is threatened. Will Tiy find enough courage to accept Amenhotep’s hand when he wants her to become the next Queen of Egypt, especially when her feelings run no deeper than friendship? And how can she protect him from the Nubian rebels who are determined to take control of Egypt?

Want to watch the trailer for Tiy & the Prince of Egypt? Yes, you do. Go here! 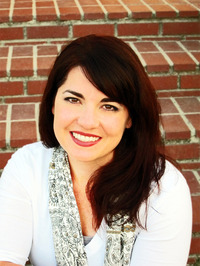 Debbie Dee blew me away, yet again, with her characters & world building in Tiy & the Prince of Egypt.
I LOVE Debbie's other novels and couldn't wait to get my hands on this one! I was definitely not surprised by how much I loved it.

Being a previous history major in college, I have a soft spot for ancient Egyptian history. I was Ah-Mazed at how well Debbie brought in and incorporated the historical aspect of this novel! I felt like I could've stepped outside my door and walked out into the hot sands of Egypt. She did such a great job in making me feel like I was right there with Tiy & Amenhotep.

Ooooh Tiy & Amenhotep. Good Lord, I don't know how Debbie does it. Her character building has the be one of the best I've read. Her characters are so wonderfully well-rounded and feel like they could literally step off the page! You feel their emotions and you fall in love with them as characters. Their strengths, their doubts, their weaknesses... they all come calling from the pages!

The romance in this novel is very clean and very innocent. It made me adore Tiy & Amenhotep even more. I wanted to hug Tiy for her blissful innocence and pat Amenhotep on the back for being such a freaking ah-mazing person! Can I have a best friend like him?

Now the plot! Oh good gracious. I loved every second of this novel. I was at the edge of my seat over and over again because I didn't want Amenhotep to get hurt! And then you have the antagonists in the story! Ack!!! I wanted to smack them when... crap... I can't tell you! But you'll want to smack them too when they get Tiy all by herself and....and... ug! You just have to read it!!!!

The Ending... sigh... I was a very happy reader when a certain character FINALLY realized something... something HUGE... something absolutely heart-warming :) It made me sooo happy! Ohh Debbie's follow-up at the end in which she discusses where she discovered the idea for this story! Loved it! I'm sooooo glad that she added this into the story! It's like an epilogue... except it's non-fiction. :)

Okay, so if you haven't realized it yet, this was a huge 5 star novel for me. I definitely recommend it to anyone looking for a sweet romance with best friends who are struggling with growing up too fast (no, no - no babies involved - just read it!) and coming into their own self.