I've had the honor of chatting back and forth with her over the last few weeks and I've learned some pretty awesome things!!

First off, let me tell you about Sarah!

I specialize in dark, paranormal romance – think “happy ever after” but with a twisted, dark chocolate center. Real-life romance isn’t only filled with hugs, kisses, unicorns, and rainbows. True-love can be more thoroughly described in times of darkness and tribulation. It’s in those harsh moments where you see what a person is truly capable of – both the good and bad. Sometimes prince-charming isn’t always on time, and the glass slipper is a little snug. However, it doesn’t mean Charming is not Mr. Right, and who says every shoe is the perfect fit?

Sarah J. Pepper lives in South Dakota with her real-life prince charming. At a young age, she fell for paranormal books and now incorporates that genre with romance that thrives in the hearts of us all. When she’s not storytelling, she’s most likely biking, hoarding chocolate, or taking a bubble bath.


Now that you know more about Sarah, let me tell you about 3 of her fabulous novels!

Make sure you stop by her social media sites and check out her other amazing works - including her upcoming novel Death of the Mad Hatter (which I can't wait to read!!!!) 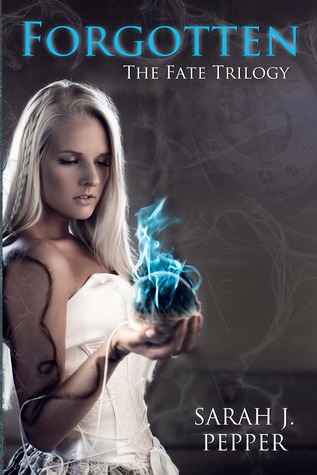 His perseverance unnerved me, scrutinizing my every move like a twisted guardian angel. Jace waited patiently for me to join him. Like he knew my defiance would crumble under his intense gaze, which was exactly why I avoided him…until twilight. He hijacked my dreams and proved to be a different kind of nightmare – unhinged, rebellious, and dangerously mouth-watering.

“Escape from reality, Gwyneth. Sometimes life can be too painful to live in, even for immortals,” Jace whispered in my dream. His heat, fervor, and unrelenting confidence resonated around me when he closed the gap between us. His lips hovered above mine, waiting for me to give into him.
***
Gwyneth’s chronicle began long before she witnessed her family being brutally murdered and lost her sight. Living as an orphan, her world is anything but black and white. She sees her vivid future that promises suffering and death. Cursed with these visions, Gwyneth pretends to be like everyone else, until a dangerously charismatic, young man walks into her life. From the moment Jace lays eyes on her, he refuses to believe Gwyneth is normal. He knows information about her past that only a psychopathic stalker could dig up. He reveals her dirty secrets. Unbeknownst details of Gwyneth’s former life unfurl.

Unsure of what to believe, Gwyneth searches for answers that lead to her inconceivable fate. However, the ancient truth she uncovers is more dangerous than any high school romance she’d bargained for. Gwyneth is drug into an inevitable battle brewing between immortal Gods and ageless Hunters – both of which have sworn to swear to kill her if deemed necessary. 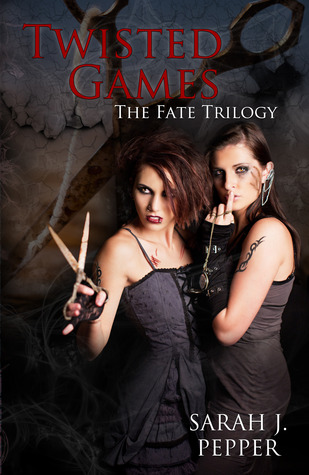 
His lips – oh, Jace’s lips beckoned me in ways that shouldn’t have been possible. I lost any ability to think logically when I fantasized about his savory kiss. My world was crumbling, my sisters were hunted, my death was inevitable; but, when his lips met into mine, that collision overshadowed all else – Gwyneth Patterson.

For years, deities searched for the Fate Sisters, but they weren’t alone in the pursuit. Their biggest rivals, the Hunters, sought the sisters as well. It was a sick, demented race of who could find them first… and then kill them. Gwyneth trusted no one, not even her beloved, Jace. For if he knew what she had planned, he’d be her greatest enemy. 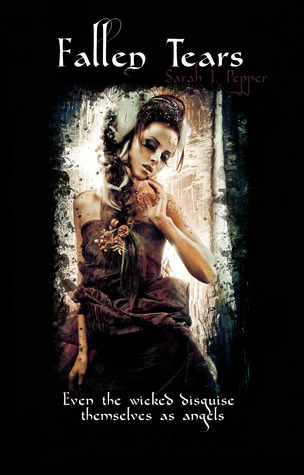 An élite club of shamed angels – the Fallen – welcomes disgraced super-naturals, like me. Defiant and vengeful, we’re catalysts in destruction and mayhem, much to our angelic adversaries’ dismay. Satisfying the void left in our soulless bodies motivates many Fallen to play with feeble humans. For even though we wield infernal-powers, they have one thing we crave.
Souls.

As a Fallen, an infinite number of days lay before me – if I choose. The Big Man upstairs always gives us a choice. I can accept my fate and perish, or consume a human’s soul and live. The last one I devoured glows like a firefly inside my chest. One day, it’ll flicker and fade into darkness. The Archangels who cast me from heaven would claim victory in the everlasting battle we wage, unless I consume another.

My next victim? A young man with ridiculously enticing lips. Gorgeous doesn’t define his otherworldly appearance. His vogue hairstyle accentuates his sky-blue eyes. His laugh echoes in my ears. His perfect smile is burned to memory. The undeniable urge to consume his soul unveils my wicked inhibitions. I want him… his soul. One teeny problem – he’s protected by a Guardian angel.

Now... want to know some awesome funsies that I learned while chatting with Sarah??!
Of course you do!

For Forgotten (the first novel in the Fate Trilogy), Sarah was able to be apart of the book cover photo shoot. Here's the professional vid taken for that day. http://www.peppersreadingcorner.com/?p=861 She was also promoed on the cover of 605 magazine for the series. How awesome is that?!? She said she about fell over backwards when was asked to do the cover for the Halloween edition! Love that! She thought it was super fun, and since she usually spot around in sweat pants, it was fun to be pampered with the make-up artist. She thought it was fabulous working with the photographer, production manager, and staff. Sarah said, "It's great to work with people when they are passionate about something." I second that! <3

"Fallen Tears (a story about a fallen angel) I donated 50% of the royalties made to the Youth Voices Foundation. I wanted to promo reading in general, and I found this lovely charity that promos reading and writing. In addition, I've donated several novels for auction to the United Way."

That's flipping awesome! I donate each year to United Way and love every second of it because I know what great things they do for our area! Keep up the amazing work Sarah!!!! <3


Check out these awesome shots from the photoshoots Sarah mentioned above!! Love this!! 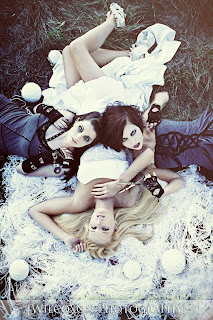 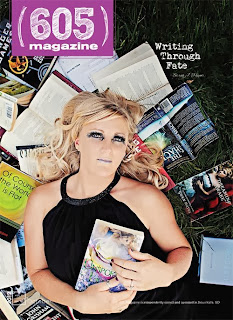 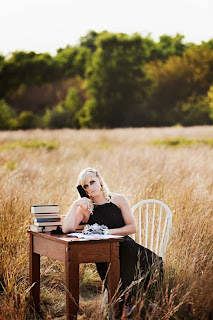 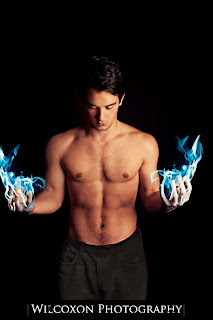 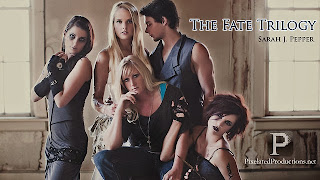 Thanks, Sarah, for being rockin' awesome & chatting with me through email a bit!