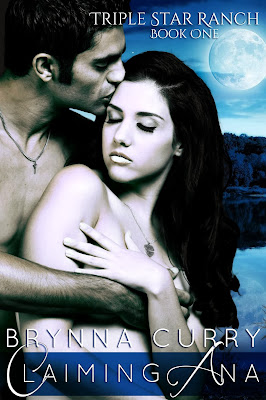 “I’ll take you, turn you, until I’m the sun that warms you, the moon that calls to you at night.” – Howl Raven


Where there's smoke, there's fire…and passion that won't be denied.

The child of a gypsy and fey, small-town veterinarian Dr. Anastasia Brannon has always hidden her magic for fear of ridicule. A red-hot encounter with the new PI in town makes their attraction impossible to deny. Throwing caution to the wind, she indulges her desires but keeps her secrets close.

A man with a shady past and secrets of his own, Howl Raven uses his feral talents and tracking skills to make a living, doing his best to lay low and hide the curse that haunts him every month. So far, so good…until an uncontrollable shift outside the full moon leaves him the victim of a werewolf hunter.

When she finds the enigmatic investigator wounded in the woods near her cabin during a storm, Ana provides medical care on instinct. She may be the only one who can banish the wolf from Howl’s blood, but at what cost? 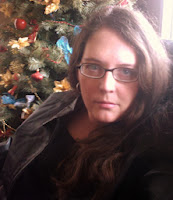 Brynna Curry was born south of the Mason-Dixon Line with a full moon overhead on a hot summer night. After moving all over the southern states, she finally landed in North Alabama where she lives with her husband and their three children. Growing up, books fueled her dreams and imagination, ultimately becoming her sanctuary during the hardest times in her life.
Writing is her passion, but she enjoys the fun of sharing those stories with others by reviewing books and working in publicity. When she isn’t writing or promoting, she’s often found haunting the library for new books to read, at the park with her children (when she can wrangle them into it) or just spending an quiet evening at home with Jackie watching old westerns on TV. Although her wizards, shifters and vampires are as real to her as anyone, she insists love is the truest magic and with it every day is another wonderful adventure.

“The pleasure is all mine, Anastasia.” Howl turned, his golden eyes meeting hers.
God, his voice was like the finest whiskey. Rich, dark and damning as it rolled over her name. The air changed at his touch. He didn’t shake her hand, instead held it warm in his just a second longer than was polite. She didn’t miss the frown on Jace’s face. Even old lovers were territorial.
“Ah, yes. Likewise. Well, I hate to run, but I have to get going. Got a full day of appointments scheduled.” Flustered, she tugged her hand out of Howl’s. “Hey, Cade, tell Taylor to call me when she gets in. We need to catch up. Spa day.”
“Yep. Thanks.”
“Any time.” She retreated to the safety of her Jeep, but couldn’t resist a second look toward the door before driving away. He was watching her through the glass. She still felt his touch and ached for more. Howl Raven was a flash fire. And she was a moth to that flame, begging him to consume her.