It's been a while since I've had a chance to sit down and...well...blog.

That sounds crazy, right? Sometimes, there's just so many novels to review and so many giveaways or news to post, that you don't ever just sit there and blog about randomness.

So, I thought that I'd take a minute this morning and blog about August. August as a whole. What happened in August? 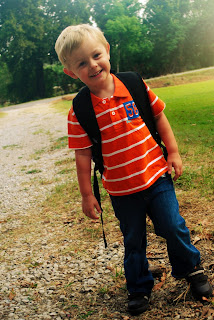 I totally can't believe it. My husband & I took him to school his very first day and it was pretty emotional. We were both a nervous wreck the entire first week because, well, he's never been away from us unless he's been with a family member. There's a lot of trust involved when it comes to leaving your child with someone - even if that someone is a teacher. So, now he's gone to school for 2 weeks and we've all survived. :)

In other August news: 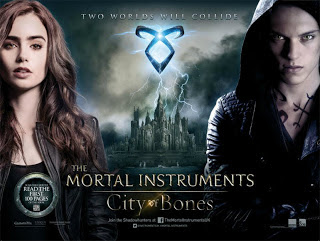 Seriously...am I the only bookish one that hasn't seen this yet?!

I'm seriously flipping out because I haven't had a chance to slip off to the movies & watch it! I'm avoiding certain posts on FB & the web because I don't want to hear from others if they thought it was good or bad. It's one of my fave series so I want to make my own judgement about the movie. Ugh. I've GOT to go see it soon! Maybe I'll take off work early one day and go watch it...hmmm.... Wish me luck!


Alrighty...so I guess I better wrap this up since I'll be in the kitchen soon making lunch for the kiddo & hubs.

I've seen other fabulous Bloggers that have Blogger Features on their blog. (Try saying that 10 times fast LOL) I really love that idea! I absolutely take no credit it coming up with this idea from scratch. I'm hoping I've titled my feature so that it doesn't match any of the others. I would hate to copy-cat someone! >_< Totally not my intention. I would love to help spread the word about other bloggers and help introduce my followers to them. Spread the love right?We all love books & bookish things - so the more we work together and spread the word, the more awesome book blogging is!

So, say hello to my new feature: 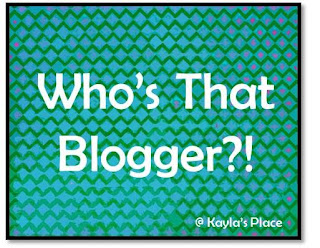 If anyone would like to sign up, just shoot me an email to KaylasPlaceBlog@gmail.com
with the header Who's That Blogger (or WTB) :)
By Kayla's Place at September 01, 2013

Email ThisBlogThis!Share to TwitterShare to FacebookShare to Pinterest
Labels: August, City of Bones Movie, Mommy-dom, Who's That Blogger