Please help me welcome Author Michelle Muckley to Kayla's Place today!
Michelle is the author of a new novel called Identity X!
If you like sci-fi thrillers, grab your copy today! Ben Stone has one aim; discover the cure for genetic disease. He watched his father die and promised himself that it would never happen again, especially to his own son. After his appointment as lead researcher in Bionics Laboratories he begins his desperate research. It takes four years, but he succeeds. He discovers NEMREC, a serum able to reconstruct DNA and cure the diseases that have driven him. It should be the beginning of a new future, but by changing the face of the world, he has unwittingly destroyed his own.

After arriving at his laboratory to find that it has disappeared, he is sucked into a world of conspiracy and betrayal. The Agency wants NEMREC and will do anything to get it, believing it to be the most powerful scientific discovery in decades. But it wasn't just NEMREC that they wanted. The Agency wanted Ben dead, but somehow he survived. His best friend, his wife, and Ami, the beautiful scientist who he has fallen for at work all offer to help him, but each has a different version of the truth. They all have their own agenda, only one of them wants what he wants, and in a world where you are already dead, how is it that you are supposed to survive? 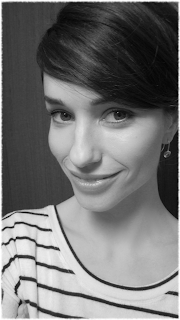 I was born in the town of Warwick in 1981. It is a small historical town in the heart of England, and Ι was the fifth child born into a family of boys. I developed a huge interest in the written world from a young age, and with more than a little help from Roald Dahl found quite the taste for anything gross and gory. Book club at primary school only proved to increase my love of escaping into the world of a book. Whilst six years at secondary school did little to quell the romantic notion of one day sitting in my mountain cabin and smoking a celebratory cigarette as the first novel was born, somewhere within those six years the dream of becoming a writer got put on hold. Still resting quietly in the background were those long and lingering desires to once again rediscover those old aspirations to write.

About six years ago, with the smouldering embers of a childhood dream sparking uncomfortably underfoot there was what can only be called an epiphany. Who is it that actually becomes a writer? It's the people who write. It's the people who actually do more than say, 'I have a dream'. Whilst this may sound simplistic, it was the revelation I needed to sit down and type Chapter One. The first book, The Loss of Deference was no longer just a fantasy and slowly became a workable manuscript. It was then sent out in eagerness before it was properly edited and therefore it was duly returned, and along with it I collected a nice set of standard rejection letters. Six years later, having uprooted from England to settle on the southern Mediterranean shores of Cyprus, the dream to publish the book once deemed nothing more than a pipe dream is now a reality. I am still working as a part time scientist, but I am also writing daily. When I am not sat at the computer typing about the darker side of life, you will find me hiking in the mountains, drinking frappe at the beach, or talking to myself in the kitchen in the style of an American celebrity chef. Just think Ina Garten.

Welcome to Kayla's Place, Michelle! I'm excited to have you! Thank you for stopping by!

Tell me a little bit about yourself. What do you like readers to know about the author behind the pages?

Hi there, thanks very much for having me here.  As you know by now, my name is Michelle. That is my real name, although you will also find me lurking on facebook under another name as well as I recently got married.  I have been writing for years, and slowly progressed from ideas on post-it notes to writing books.  In my ‘real life’ I am a scientist, but I probably spend more time writing now than I do working in my originally chosen career.

Other than writing, what do you like to do in your free time?

I am English, but I now live in Cyprus.  It’s a fairly small island in the Mediterranean and I have been living here for the past few years.  I love to hike, and Cyprus is great for that as it is covered in mountains and valleys.  In the summer though it is too hot, so I usually hang out at the beach.  When I am at home I just relax with a book, cook, or watch movies.

Do you have any advice to individuals who aspire to become authors and get their work out there?

It is really important as a writer to practice your craft.  By this I mean write consistently, and do it as frequently as you can.  Ideally I think you should write each day, even if it’s only for a short while, but sometimes this isn’t practical.  Reading is just as important, and I love to do it.  It is like research and for me if I am not reading I feel my writing is more sluggish.
From a practical point of view for somebody who wants to test their skills in the world of publishing, the best advice is to polish whatever you want to publish to the point when you cannot possibly stand to read it anymore, and until you believe it is as good as you can possibly make it.  Then make a choice between traditional and self publishing, and just go for it.  And whichever you choose, make sure you are tough enough to stand rejection and criticism.  I have experienced both, and it is essential to ride through it if you want to succeed.  Professional writers are after all, the amateurs who didn’t give up.  I heard that recently.  I can’t remember who said it, but I think it sums up the journey perfectly.

Why did you choose the sci-fi thriller genre?

I have always loved the thriller genre, for reading and movies.  Horror too.  So for me when I decided to write, it was a natural decision to write in this genre.  The sci-fi element is something that creeps in because of my love of science.  It must be the two halves of my brain coming together!

If you had to choose another genre to jump into, what would it be?

Well, I see all these people doing well in the romance and erotica genres and think maybe I should get a pen name and give that a go, but it would be so awful people would think it was a comedy!  But I would love to write a really great horror novel.  I can remember reading books that scared me senseless as a child and a teenager.  I would love to create something that scared people like this.

Who are your role models with regards to life as an author & your writing? Have you met them yet?

I read the book On Writing by Stephen King this year and it was great.  It’s a really great book for anybody who loves Stephen King’s work, or who wants to be a writer.  I keep his advice in my head when I am writing and so he is kind of my distance mentor!   I also met a very kind writer on line who was so helpful at the beginning of my career.  She took the time to offer me lots of advice and I still follow it.  She is doing really well under a pen name and I am really happy for her success.

Identity X is scheduled to be released September 24! Congrats! How long did it take you to write & finalize it?

The first draft took two months, the editing process at least another six.

Will it be part of a series or a standalone?

My initial plan was stand alone, but it seems to lend itself well to a sequel and so far with the earliest readers there has been a call for it.

What are the first five words that come to your mind when you think about Identity X?

Where did you get the idea behind the plot for Identity X?

There was a question in my head.  What if everything I knew was a lie?  From that I got Identity X.

Introduce us to the main characters.

Ben Stone is our main guy.  He is good looking, tall, blond hair, smart, funny.  Need I go on?  But he has a big problem.  His past.  His father died when he was young from a genetic illness, and the thought of passing this illness onto his own son has sent Ben into a spin.  He is a scientist working on a cure.  He thinks that it is the best day of his life when he finally makes it happen, but he couldn’t be further from the truth.  He wears a black suit too, so this picture for me is the obvious choice! 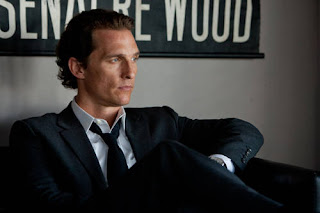 Hannah is his wife.  She too is beautiful, and loves their son Matthew very much.  She has a lot of anger towards Ben because he is sacrificing their life together in order to find the cure for genetic disease.  Their marriage is in crisis, and she is hurt that he seems oblivious.  But Ben is not the only one with secrets, and the Hannah he thinks he knows might not be the only version of his wife. 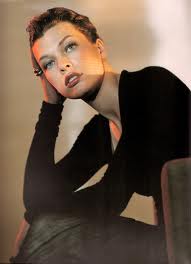 Do you have a favorite scene that you’d like to share a tiny bit about? Just a teensy little excerpt or quote?

“Because you are already dead, Ben.  There are no options left for you.  They will kill you.  They will not stop until they do.  They have hundreds of these men, and each one of them will die before they give up their duty,” she said, looking at the body on the floor, “and four of them are standing next to me right now.”

Oooh, Identity X sounds like a great novel! I'm so glad that you were able to stop by & share more about it with us! I wish you all the best & hope your career (both as a writer and a scientist ^_^ ) take you far!!! Thank you again for stopping by & chatting with me for a bit!!!
By Kayla's Place at September 24, 2013