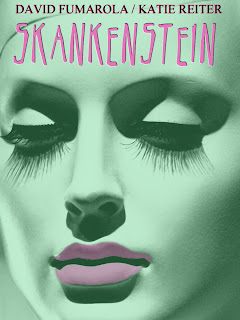 Sometimes the ugliest monsters come in the prettiest packages...

Victoria Frank is the picture of teen perfection – she’s talented, witty, and ruthless – but being queen of tiny Geneva, NY isn’t enough. Tired of merely designing the perfect outfit, she sets out to design the perfect person. But by the time she realizes beauty is only skin deep, she’s already unleashed her monster on the world. Now it’s a race against time to stop the vile creature from destroying her life, and she has to do it in the most evil place of all – high school.

After ditching her horrifying creation in L.A., all Victoria wants is the perfect senior year, but it becomes impossible when the dreaded beast shows up in her own backyard. Armed with a new body, a new attitude and a new name, M turns the school hierarchy on its head. But when M suffers the embarrassment of a lifetime and sets her sights on revenge, our queen bee finds herself pitted in a cat fight to the death where kid sisters, boyfriends and tiaras are all fair game. It’s a twist on Frankenstein unlike any before, with an ending so explosive it’ll leave your bowels quaking.

David Fumarola has been writing as long as he can remember, and getting the stories out of his head and onto the page is the only thing that gives him peace of mind. Katie Reiter enjoys writing in her spare time, as well as cheap wine, teen drama and hipster safaris. They met as teenagers interning at the Albany Times Union and have been writing together since 2009. Skankenstein is their debut novel.

Grab Your Free Copy From Amazon
Free Until May 21! Get It While You Can!