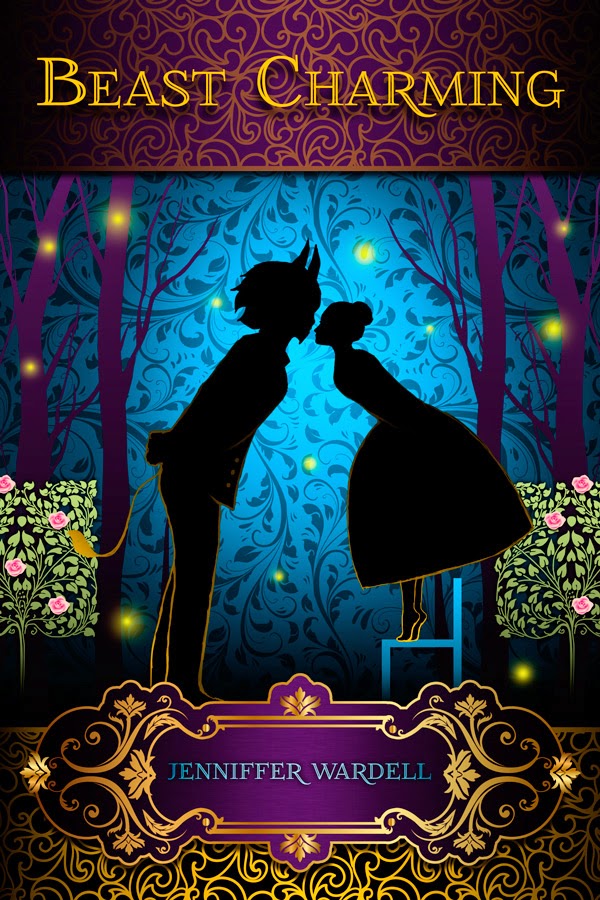 Beauty Tremain had spent her life being thrown into the path
of ogres and noblemen by her title-hungry father, Noble
Tremain (whose name is really Frank.) Escaping the bonds of her
sadistic matchmaker father to work for a dragon-owned temp
agency, Beauty hesitantly takes a mysterious job working for
a butler in an enormous mansion. When the mansion’s owner,
James Hightower, proves to be a seven-foot-tall brooding beast
with the bad habit of hurling statuary from the rooftop, it’s up to Beauty to roll up her sleeves and
argue her way to a paycheck.
When Beauty and James start having feelings for each other, however, they determine their
relationship is the least of their concerns. Beauty’s father re-enters the scene armed with lawsuits
and threats. To add to the chaos, James’s mischievous ex-fiancee shows up to reclaim him.
Beauty and the beast need to somehow control their tempers long enough to return the favors
with schemes of their own. 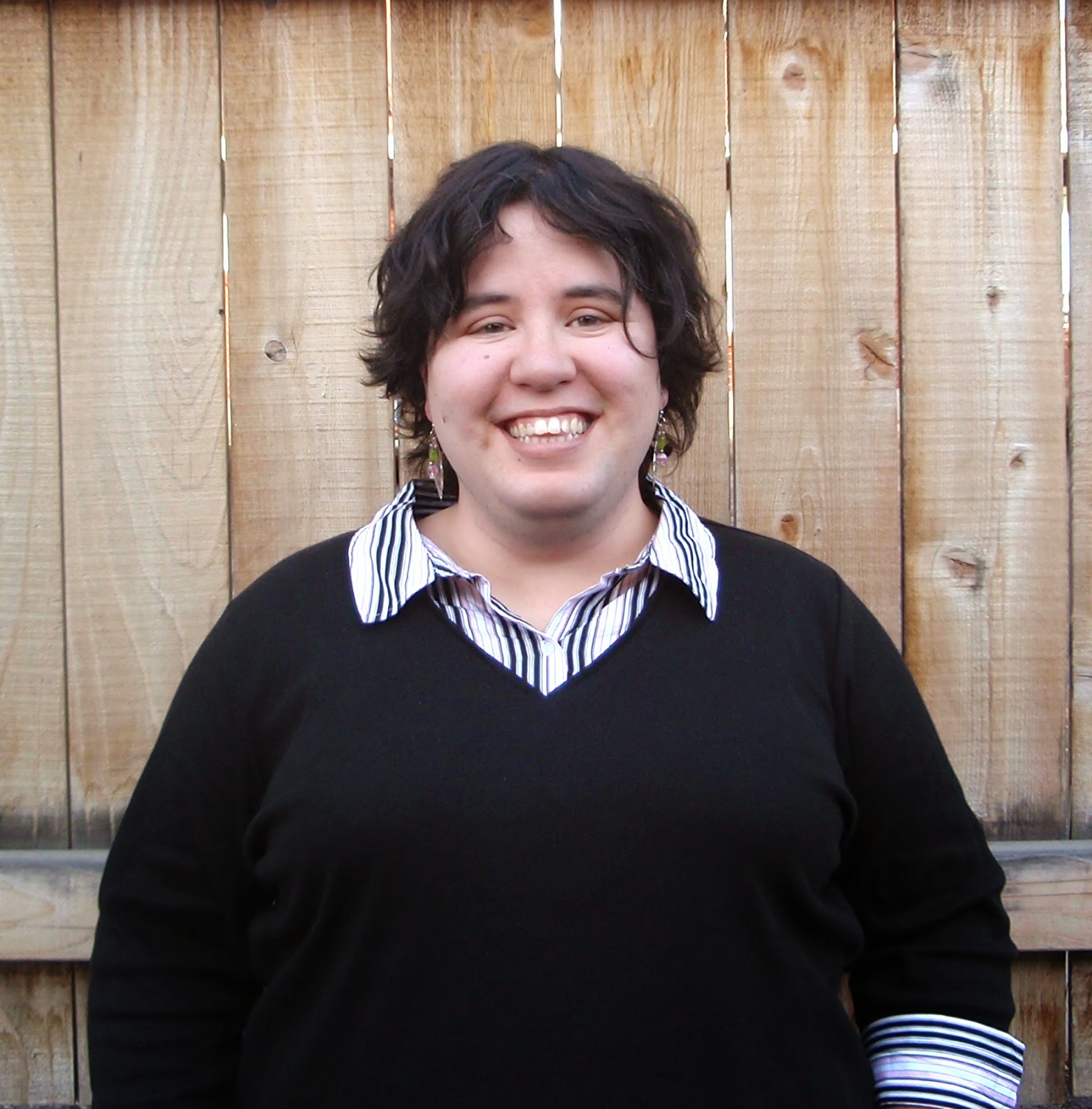 Jenniffer Wardell is a fantasy romance author and general fairy godmother-at-large. She's always on the lookout for witty dialogue and a well-earned happily-ever after. Anyone who wants to chat or trade jokes can find her at http://www.facebook.com/JennifferWardell, https://twitter.com/wardellwriter, http://jennifferwardell.blogspot.com or http://jennifferwardell.tumblr.com.

When you really want to get to know a character, describing their hair and eyes simply aren't going to cut it. Raven tresses and emerald eyes tell you nothing about the character's sense of humor, temper, hopes or dreams.
So, with my new book, "Beast Charming," I've decided on what I hope is a more effective introduction. I've chosen a passage from the book that I think gives a pretty good insight into the character's personality.

Beauty (Yes, that's really her birth name. She hates it)
From the book:
Three hours later, there was still no sign of him.
Since that time had included a dinner featuring Waverly’s melt-in-your mouth roast, Beauty took the continued absence as a clear sign that JamesBeast was an idiot. Of course, since she was the one who’d gotten herself lost in the middle of the rapidly darkening woods trying to find him, it was probably a case of the gnome calling the gremlin short.
She muttered insults at both of them as she pushed aside a low-hanging branch, ducking out of the way before it could snap back and smack her in the face.  She’d had the genius idea of following the trampled undergrowth, completely ignoring the fact that she could have been following a very angry bear for the last 20 twenty minutes who would now have every right to sue her for stalking. That, or she was walking in an enormous circle, and JamesBeast was hidden somewhere watching and laughing his head off.

James (a.k.a. Beast, a.k.a. the most stubborn man on the planet)
From the book:
Hating the guilt he could feel threatening to overtake him, he dropped the girl and watched while she scrambled into a sitting position. “Did you get the answer you were looking— Not that farway, you idiot …. . ..” James Beast  cut off the rest of the threat to reach forward and grab the girl again, stopping her panicked retreat straight back into the middle of the thorny bush he’d yanked her out of. He picked her back up, and lookeding for a place he could put her back down without having to rescue her again. When she started sobbing, he shook her a little. “Stop it. I’m trying to help you run away without the chance ofyour collapsing in the woods and dying of blood loss.” He pointed towards the front of the house, hoping Waverly wasn’t anywhere near a window at the moment. “Do you think you’re capable of escaping that way without doing any more injury to yourself?”

Waverly (Like Cher and Madonna, he's cool enough that he doesn't need a second name)
From the book:
His expression turned rueful. “I’m afraid that my larger purpose in hiring you isn’t nearly as intricate as James undoubtedly believes it to be.” He moved closer, smile flickering again.   “Though I must admit to being flattered that he’s overestimated my genius in such a manner.”
“Any chance you could let me in on what that larger purpose is?” she asked, lifting her hands in a helpless gesture. “If I know where we’re supposed to be going with this, it might help me restrain the urge to hit the man with something heavy.”
Waverly raised an eyebrow, the gesture so much more expressive than when she did it that Beauty was briefly tempted to start practicing the look in front of the mirror. “If either of you had paid proper attention in the library, you would realize I’ve already explained the complete extent of my ‘secret plot’ to both of you.”

Oh my goodness. This author just continues to blow me away. Jenniffer Wardell has this amazing, witty sense of humor that interweaves into her storytelling. Her writing just flows effortlessly for me. Beast Charming was thrilling, refreshing, full of wit, charm, & an amazing bit of humor all mingled together. It brought about new life to an old, classic fairytale!

The characters were stunningly crafted! I'm actually having an internal debate about whether or not I loved this version of Beauty & the Beast more so than the original cartoon... Yes... it was THAT good.

Reading Jenniffer's guest post above (THANK YOU FOR THAT JW!), you'll immediately get a sense of what I mean when I say that the characters are perfect. Beauty is strong, independent, and oh so smart-mouthed. Hehe. I loved her! It's so nice to see a female lead who isn't afraid to take charge and go after what she wants. She's lived a horrible life thanks to her father pushing her on every prince & single noble man within a million mile radius. Her & her sister... I don't envy them for being the laugh of the ball at times. But they kept their heads high & they finally managed to get away from him to live their own lives.

Beast! I really, really loved his character. I liked the strength and the internal debate that he had going on within himself. He was a "beast" of a business man until he literally became, well... a beast. Then he shut himself out of the business world, not wanting people to see him looking more like his nickname. Waverly! Ah! I think he's truly one of my favorite characters in the entire novel. I loved every time he graced the pages. He had this calm sense of all-knowing about him that just hypnotized me.

The plot was great! I wasn't expecting some of the twists and turns that Jenniffer took while working through their story!

Overall, perfect 2nd novel by Miss Wardell. I can't wait to see what she comes out with next!!!!


Overall rating: 5 Stars
Cover rating: 5 Stars PLUS! Do you see that cover?!? I'd love to have it framed on my wall!
Characters: 4.5 Stars <-- I would've loved to have seen more of Beauty's sister. I really enjoyed her sister but I almost felt, at times, like she fell a little too far into the background here and there when she should've stood out more. But overall, I did love everyone!
Plot: 5 Stars
Climax: 5 Stars
Ending: 5 Huge Stars! So glad to see they got what was coming to them! (And that Beauty went back for the vines hehe - I'm so glad the author added that bit into the ending!!!!!!!)

a Rafflecopter giveaway
By Kayla's Place at April 05, 2015