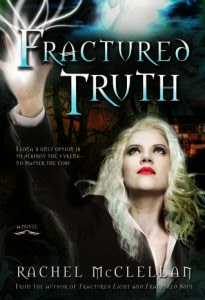 Llona is determined to end the fight with the Vykens once and for all. All she needs is to find and destroy the Shadow–the ultimate source of dark power. But when she makes a startling discovery about someone she loves, Llona has to fight the toughest battle yet in this exciting conclusion to the Fractured Light series. 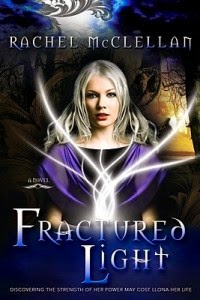 Llona Reese is used to living on the run. After the Vykens killed her parents, she knew they would eventually come for her too. She can’t take any chances. But when she starts to make friends for the first time in her life, she gets careless and lets her guard down. Big mistake.

As an Aura, Llona can manipulate light and harness its energy. But if she wants to survive, Llona will have to defy the Auran Council and learn to use her power as a weapon against the Vyken whose sole desire is to take her light. Now she’s caught in something even bigger than she can understand, with a power she can’t wield, and no one she can trust, except, just maybe, a mysterious stranger. 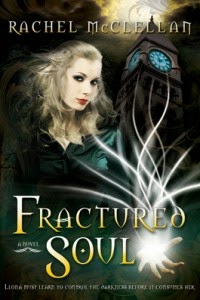 Llona will do whatever it takes to protect her new found friends and home, but the dark plot threatening Lucent Academy, a school that’s supposed to be a safe place for Auras, may be too powerful for even Llona to defeat.

This fast-paced tale of love, loyalty, and overcoming the darkness will keep you on the edge of your seat until the last page!

Rachel McClellan was born and raised in Idaho, a place secretly known for its supernatural creatures. When she’s not in her writing lair, she’s partying with her husband and four crazy, yet lovable, children. Rachel’s love for storytelling began as a child when the moon first possessed the night. For when the lights went out, her imagination painted a whole new world. And what a scary world it was…

5 Qualities to Teach Your Children So They Can Become Superheroes

A distinction needs to be made about what really makes a super hero. Is it the costume? Their ability to fly? Run fast? Lift a car over their head? Or is it their inner qualities such as bravery, compassion, their desire to make the world a better place?

What would happen if a superhero didn’t have these good qualities? Despite his super abilities, he’d just be an average person with some cool powers. But no one would look up to him and no one would want to be like them. It’s what a person does with their abilities that make them a superhero.

Superheroes know how to make others feel of value. And, fortunately, every quality a superhero possesses, our children can obtain, too. Let’s go over a few of these.

Life takes courage. Every single day. And it comes in different forms. For some, simply going to school takes courage, or for others, standing in front of a crowd takes courage. Courage is a kind of strength, power or resolve to meet a scary circumstance head on. Teach your children that even in small moments we can be heroes.

Compassion is the ability to understand the emotional state of another person or oneself. It gives a person a desire to reduce the suffering of another. Take your children on walks and point out an unhappy child or maybe a lost puppy. Look for ways for them to show compassion whether it’s to siblings or friends. Unfortunately, there’s suffering all around us if we we’re willing to see it.

This is a hard attribute to teach children. Selflessness means we act without thought for how we will profit or be rewarded. One way to teach selflessness is to show our children how their actions will make other people happy. For example, having an older sister read to a younger sister, even though the older child thinks it’s boring. Teach the older daughter that her actions are to help bring joy to someone’s life. Also, give your children opportunities to help others whether it’s working in soup kitchens, donating their time at a second hand clothing store, basically anything that means they may have to sacrifice something that is important to them, like time or money, for the benefit of someone else.

A superhero would never be a hero if they judged others. Can you imagine Superman choosing not to save someone simply because he didn’t like what they were wearing? We never know how a child was raised, and we never know what type of day someone has had. Teach your children to not automatically assume certain things about others. Teach them to treat others the same way they would want to be treated.

Superheroes are always humble. Win they win a fight, they don’t rub it into the criminals face, they don’t run up and down the streets claiming their victory. They quietly disappear into the night, knowing that tomorrow will bring another battle. Being humble means to do the best job you can, while also respecting those around here. Teach your children to always say “Good Job” to others and to even go as far as helping other kids achieve their goals all without expecting anything in return.

So the next time your child expresses a desire to be like a superhero, explain to them why they, too, can be a superhero – a Real Life Superhero.

Click on the tour banner below to hop on over to the Dark World Books site & enter the tour wide giveaway! Good luck everyone!