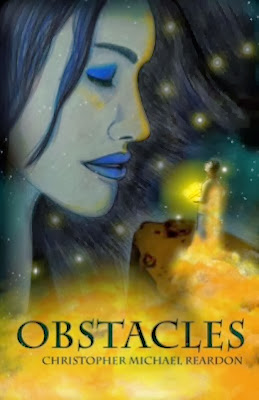 A child will die. You're afraid to live. Would you go to all lengths to save him? Darkness knows no bounds, as Alcott, an African American doctor sees all too well. The man is petrified by death. His fragile existence rests at the mercy of the universe. This fact is far too much for him to handle. From unyielding nightmares to elevator terrors, he's lost in paranoia.

Assigned to look after an ill child, Alcott's horrors only heighten. Gari is a nine-year-old boy with a fatal disease. He will surely pass on within the year. Alcott bonds with him more and more each day. Part of him knows this grim fate just isn't right.

Alcott befriends a hospital patient. This lunatic forces him to lug home an ancient text on bringing back the dead. Despite the man's obvious dementia, Alcott attempts the scheme. Charging up a cliff, he recites the chant over ocean gusts.

A god woman glides in from the horizon. She instructs Alcott on the trials to save Gari's life. These fearsome Obstacles require true strength. From battling sharks to wielding a flail, he must prove fortitude against genuine danger. Alcott decides his fate at this moment. 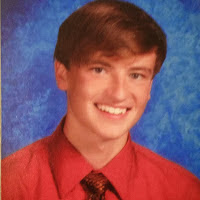 Christopher Michael Reardon is a writing fellow at a Michigan College where he's currently a student. He says you always learn something new about writing when tutoring other students. Reardon is always searching for exciting books to read, especially new authors.

Reardon graduated with Honors from Lumen Christi High School in Jackson, Michigan. He's also an avid tennis player, being on the varsity tennis team for four years. He received the honor of most valuable player his senior year at number one and two singles.

Obstacles is Reardon's first novel. He says fantasy adventure books have always been an interest, because they challenge the mind and send you on an epic journey.

“Please! No!” I whimper like a mule. I’m a complete fool ashamed of this behavior. Despite how much I plead, no mercy is shown in return. The man’s blade twirls along the gentle gusts. It accelerates every second. My heart beats with unstoppable energy. How does it not burst out of my chest?
I close my eyes, waiting for whatever fate may be dealt. I’m certainly not strong enough to battle anymore. This man has conquered me.
“No!” I howl across the living room. I plummet off the shaggy tan bedspread. My body smacks the fuzzy carpet, causing my head to throb like crazy. Inhaling a few deep breaths, I attempt to discover what happened. The view of my apartment and blaring television reveal the obvious. Another idiotic nightmare overtook my subconscious once again. I can’t summon the strength to rise. I truly thought my life was over. Tears cascade down my cheeks. My eyesight blurs into a watery mesh.
This has to stop.
Sunbeams delve through the blinds causing me to squint. At least morning has arrived. That’s the little blessing in this. I knew I shouldn’t have fallen asleep with the television on. I can be such an idiot sometimes.
My limbs still shake as I raise myself off the floor.
“Dr. Alcott!” Antuna’s shrill voice wails from outside the door, “are you alright in there? I heard a thump.”
“Yes,” I call. “I’m fine. The table just fell over.” Despite my attempt to appear calm, my breathing is still rough. I hope the white lie will suffice.
“Oh,” she shouts. “Well, breakfast is ready!”
These night terrors have haunted me for quite some time. You’d think I’d get used to them after a while. However, it proves more the opposite. Every night just gets worse. With death lurking so close in the household, there’s no mystery why I’m paranoid.
“I’ll be down in a minute!”
My head gets extremely woozy. I slump onto the bed. Staring at the ceiling fan, I wonder why this keeps happening. Does everyone else go through this? Death has always horrified me. People say you grow out of these fears. I, however, just seem to grow back into them.
The fan twirls round and round. Anybody else would just see a household appliance. My brain transforms the blades into knives waiting to slice. If I stare long enough, I might even convince myself it's true.
Breaking from the trance, I whisk out the door. It slams shut behind me.
“Hey Dr. Alcott!” my patient, Gari, stammers whilst devouring bacon. “How did you sleep?”
“Wonderful!” I’m surely getting good at this lying thing. Besides, I have to be as positive as I can for this little guy. I may not have many chances left. “What about you?”
Antuna glides past the wooden table. A fresh plate of delectable eggs is deposited. I take a seat next to Gari. Eying the plate, I can’t help but be hypnotized.
Sizzling bacon lies next to wheat toast. Slimy jelly oozes off onto the plate. The sheer sight makes my stomach grumble. I do not hesitate. Plunging my fork in, I shove scrambled eggs into my mouth.
“It was awesome! I had a great dream about ice cream!” Gari chirps beside me. At least someone’s having good dreams around here. Given the current situation, his blissful attitude shocks me; a more correct statement would be, terrifies me.
“Gari,” Antuna chimes while washing dishes. Her cheery tone is complete hokum. Anyone can see through that. This woman is about to collapse. “Would you like to go explore the beach today? I’d like to spend some time with you.”
“Sure,” Gari says with nonchalance. “I’m going to die soon; might as well have some fun.”
Antuna slams the dishes in the sink. The clang of metal jolts my heart. A tsunami surely approaches.
“Don’t you dare joke about that!” She twists around with fire in her glare. Gari’s too frightened to respond. I also freeze with wide eyes. “You’re not the only one affected here!”
“I’m sorry,” he stammers. He lowers his bacon strip back to the plate. Antuna circles back to the sink as if afraid to make eye contact.
She begins washing the dishes. Seconds of utter silence ensue. Nobody knows the proper thing to say, and no one is going to attempt it. The rush of sink water drowns out all thought. Suddenly, Antuna drops the plate once more. It bangs against the sink. She doesn’t seem to notice the crash. Tears barrel down her cheeks as she rests her head in her palms. I can’t watch this sight any longer.

“Gari,” I state with a grin. We need to dash out of here, and fast. “Let’s go take a walk to the cliff.”
“Okay.” Gari’s tone suggests complete relief.
Both of us dart out the door without hesitation.
This type of behavior is not new to me. I’m a doctor; I’ve seen all types of people around deathly situations. Antuna and Gari are actually more on the tranquil side.
I have been residing here for roughly a year now. Being a live-in doctor, I really take my work home. Perhaps now the work takes me with it.
Long story short, Gari is going to die. His little body can’t stand the trials and tribulations of this universe any longer. Nothing I can do will change that.
After a few minutes, we reach the magnificent cliff view. Billions of people are scattered across the sandy beach below. It appears as if I’m looking at an ant hill.
Of course, heights aren’t my favorite thing in the world. My mind starts to become hazy. Flashes of plummeting to my death enter my mindset. My trembling feet barely have the strength to step back.
Seagulls soar in the distance, off to their next destination. Many dive bomb the people hurling food to them. Once one finds out about the smorgasbord, the whole colony bombards. Seagulls aren’t the most courteous of creatures.
Right below us, a pelican thrusts its beak in the ocean to catch some fish. A big gulp indicates a successful venture. The waves crash against the shore, bringing the many surfers in.
Gari then begins to speak, almost startling me.
“I probably got like a year, huh?” he states with eyes glued to his feet. “It’s a little scary, but I guess I’m okay with it. You’ve worked in a hospital. What have the people there done when they knew they were going to die?”
“Well,” I attempt to give the best answer I can, “some of them are really scared, and some are just… excited. Another cool thing is that, usually just down the hall from where someone dies, there’s someone else being brought into this world. I don’t know exactly what I’m trying to say here,” I continue into uncharted territory, “but it just is supposed to happen, you know? So, don’t worry.”
“Yeah,” he stutters. “I just…don’t think I’m ready for it to end yet.”
That shatters my heart. Reality punches me in the face. Life certainly isn’t fair. His foot plays with a nearby pebble, kicking it back and forth between flattened grasses. I’m terrified of death, yet this little guy is the one who has to face it head on.
“You know,” Gari continues, gazing at the ocean waves. “When I look out at the horizon, I just feel like there’s an adventure for me to go on. You know? Maybe something out there waits for me. That feeling comes every time I come up here. I just don’t want death to take that away.”
“It won’t,” I spark back. There is no millisecond of hesitation. Though I am not quite sure where I am going with this, something tells me I’m right.
“It’ll be that adventure.”