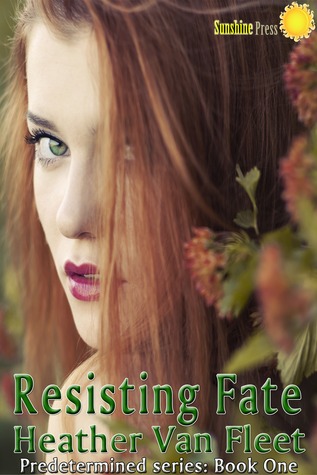 Seventeen-year-old Emmy O’Connell is the epitome of a hot mess.

Her boyfriend’s been shipped out of town to some boarding school four states away. Her step douche is constantly drunk and badgering her. And then there’s her good-ole-mom… The lady is nothing more than a miserable shell of a woman. She’s turned off all of her feelings and her ability to be a good mother as well, leaving poor Emmy and her four year old brother Jamie to suffer. Life couldn’t get much worse, right?

The jerk cousin of her boyfriend becomes Emmy’s worst nightmare…times ten. He’s cruel. He’s insensitive. But he also has this strange little ability over her – he makes her weak in the knees with the single touch of his hand. But no matter how miserable or amazing Jack makes her feel, Emmy can’t seem to deny him, especially when he takes on the role of her protector –her pseudo-knight in a black leather coat. A knight who also just so happens to ride in on his black Harley, instead of a white horse…

Werewolves and teens shouldn’t mix! But what can Emmy do when she finds herself thrown head first into the center of it all? Can she handle the supernatural mess her life rapidly becomes or will she fight against the inevitable fate her heart desires? 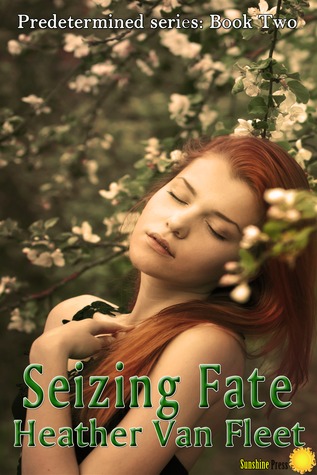 And you thought Emmy’s life was a hot mess before…

Jack’s gone off to Arizona with his brother, but for how long? Emmy doesn’t have a clue. In his place, though, is Zachary. The whiny, miserable, alpha wolf–boy who is more than ready to take on the duty of her mate/boyfriend — if she’d let him, that is. But the last thing Emmy wants is to deal with a boy who believes that the world should fall solely at his feet whenever he demands it.

But hey, at least her step–douche is gone, and her life is back to an almost normal sense, right?

Wrong again, Emmy’s life will never again be normal…
With her Uncle Prick in town and her best friend acting as secretive as ever, Emmy finds new challenges to overcome — challenges that no seventeen–year–old girl should ever have to deal with. For one thing, what is up with her dream–liaison status anyway? What does it mean, really? And why does her little brother have to go through it too? And then there’s her mom. The lady is acting a tad bit odd, to put it nicely. After all these years, she finally wants to step up and be a parental figure? Heck no! Emmy’s definitely not copacetic with that idea.

But with the bad, there’s got to be some good out there for her somewhere, right?

Add in the wolves, witches, drama, and lots of kisses and you get Emmy the Extraordinaire, the girl with strawberry–colored hair, and a chip on her shoulder. She’s finally on her way to finding out what her life and her future both have in store for her, even if the road to getting there is nowhere near as easy as she hoped it would be. But Emmy is tough, and more than ready to take on life with her bare hands.

It’s just too bad she’s madly, desperately, insanely in love with a boy who insists on making her life both a miserable hell and utter perfection at the same time.

I currently reside in northern Illinois, with my three little ladies, and my fabulous hubby, and high school sweetheart, Chris. I'm a stay at home mom by day, and an avid and completely obsessive writer and reader by night.

I've always had a soft spot in my heart for books, so of course I've been creating my own little stories since the age of seven. To be honest though, I never really had the confidence or the time to actually sit down and really do something about it until my youngest daughter Isabella was born just two years ago. Bella, as well as her older sisters Kelsey and Emma, are and always will be, my greatest inspirations.

GREAT new shifter novel with a load of potential to be a great series!

I was pleasantly surprised by Resisting Fate. I've never been one to get whole-heartedly invested in Shifter stories (I prefer vamps, demons, & angels I guess) but I really was glued to the pages of this read.

The female lead - Emmy - is clueless about the supernatural world around her and is pretty much thrown in face first between two shifter boys. One she's loved & been in a relationship with for a while... The other one being the brooding, hot male specimen who seems to loathe the ground she walks on... Little did poor Emmy know, the hot brooding one (Jack) is actually her Fated Mate.... Ahhh, Fate has a way of throwing crap at us sometimes... When Zachary bounces off to school, Jack comes back to town and hormonally sweeps her off her feet... metaphorically speaking that is....they banter back & forth constantly before things take a new road...

This read is pretty emotional when it comes to Emmy having to choose between her feelings for Zachary & her growing emotional attachment to Jack. There's also high emotion when it comes to her relationship with her mom, step douche & her protectiveness of her little brother.

Okay - so I have a 3 year old son so reading about the precious little 4 year old brother kinda pulls at my heartstrings... I'm sorta freaking out when it comes to him because I really hope nothing bad happens to him... I don't think I can push through it because of my mental referencing to my own son who carries around a little blue blanket constantly....

I'm alittle torn by how the story ended - there's soooo much left up in the air without finality... but that just leaves lots of room for the story to continue to build in book 2... so I guess that's a good thing. This is definitely a story that you can't just pick up and read all alone. In order to feel like you've actually completed a full cycle for a story, we'll have to definitely grab book 2.

Overall, I really enjoyed this read & can't wait to see where Heather takes the story next!

I totally love Jack! Holy hotness. He's so mature, sexy, and in control. He always tries to do right by everyone. He never wanted to be pack leader and he never wanted to have a mate... Fate has a way of changing things.

Ack! The ending! I'm freaking out here... I need to know what happens to... well crap. No spoilers. Sorry. You just have to read it.

Emmy is a character that I have a love, annoyed, love relationship with. She talks in her head soooo much that there's little dialog sometimes. That's not a bad thing. It's just sometimes I want to smack her and say "Shut up already & make something happen! Stop pondering and thinking about it and SAY it!" Hahaha Overall though, I do love her crazy character. That poor girl can never catch a break (except for that fabulous fact that she's Jack's fated mate - sigh... lucky girl).

Overall, great continuation to the Predetermined series! Can't wait for the next one!!!!! Can it come out tomorrow, Heather?? Haha
By Kayla's Place at November 06, 2013