So I'm going to do another spotlight this week except this time, I'm just doing a series spotlight.
Kresley Cole, by far, is one of my top 5 favorite authors. I LOVEEEE her work. Every single thing she's written!

So today, I'm going to spotlight my most recent obsession by KC:
The Arcana Chronicles.

Oh-Mah-Gawd! Seriously folks... have you read these? If you have, let me know! Tell me what you think! I'm DYING here while I wait for book 4! 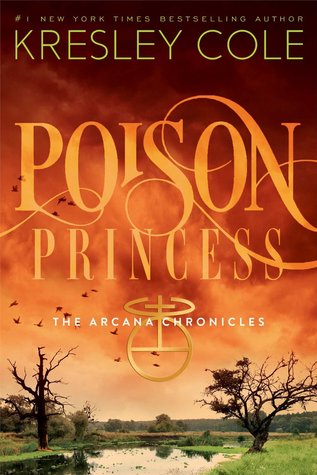 She could save the world—or destroy it.

Sixteen-year-old Evangeline "Evie" Greene leads a charmed life, until she begins experiencing horrifying hallucinations. When an apocalyptic event decimates her Louisiana hometown, Evie realizes her hallucinations were actually visions of the future—and they're still happening. Fighting for her life and desperate for answers, she must turn to her wrong-side-of-the-bayou classmate: Jack Deveaux.

But she can't do either alone.

With his mile-long rap sheet, wicked grin, and bad attitude, Jack is like no boy Evie has ever known. Even though he once scorned her and everything she represented, he agrees to protect Evie on her quest. She knows she can't totally depend on Jack. If he ever cast that wicked grin her way, could she possibly resist him?

Who can Evie trust?

As Jack and Evie race to find the source of her visions, they meet others who have gotten the same call. An ancient prophesy is being played out, and Evie is not the only one with special powers. A group of twenty-two teens has been chosen to reenact the ultimate battle between good and evil. But it's not always clear who is on which side. 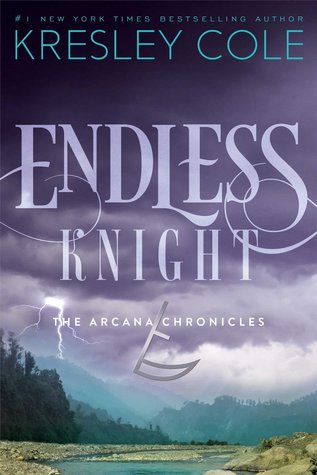 In this seductive follow-up to Poison Princess, #1 New York Times bestselling author Kresley Cole takes us deeper into the dark world of the Arcana Chronicles.

Shocking secrets
Evie has fully come into her powers as the Tarot Empress, and Jack was there to see it all. She now knows that the teens who've been reincarnated as the Tarot are in the throes of an epic battle. It's kill or be killed, and the future of mankind hangs in the balance.

Unexpected allies
With threats lurking around every corner, Evie is forced to trust her newfound alliance. Together they must fight not only other Arcana, but also Bagmen zombies, post-apocalyptic storms, and cannibals.

Gut-wrenching treachery
When Evie meets Death, things get even more complicated. Though falling for Jack, she's drawn to the dangerous Endless Knight as well. Somehow the Empress and Death share a history, one that Evie can't remember--but Death can't forget..

Can Evie convince her rival loves to work together? Their survival depends on it in this third book of #1 New York Times bestselling author Kresley Cole’s Arcana Chronicles, a nonstop action tale of rescue, redemption, and a revenge most wicked.

Heartbreaking decisions
Evie was almost seduced by the life of comfort that Death offered her—until Jack was threatened by two of the most horrific Arcana, the Lovers. She will do anything to save him, even escape Death’s uncanny prison, full of beautiful objects, material comforts…and stolen glances from a former love.

Uncertain victory
Despite leaving a part of her heart behind with Death, Evie sets out into a perilous post-apocalyptic wasteland to meet up with her allies and launch an attack on the Lovers. Such formidable enemies require a battle plan, and the only way to kill them may mean Evie, Jack, and Death allying. Evie doesn’t know what will prove more impossible: surviving slavers, plague, Bagmen and other Arcana—or convincing Jack and Death to work together.

Two heroes returned
There’s a thin line between love and hate, and Evie just doesn’t know where she stands with either Jack or Death. Will this unlikely trio be able to defeat The Lovers without killing one another first...?


According to Goodreads, book 4 is currently untitled. I've not seen any news from KC herself yet regarding when we can expect book 4 (She's killin' me!) but I hope it's sometime in 2015. Goodreads has it marked as expected in 2016! *Cry* I'm patiently waiting for some news from KC in her newsletter or on her Arcana Chronicles Website.

A master’s grad and former athlete, she has traveled over much of the world and draws from those experiences to create her memorable characters and settings.
Her IAD books have been translated into twenty foreign languages, garnered three RITA awards, and consistently appear on the bestseller lists, in the U.S. and abroad.

Cole lives in Florida with her family and “far too many animals.” You can learn more about Kresley at www.kresleycole.com.