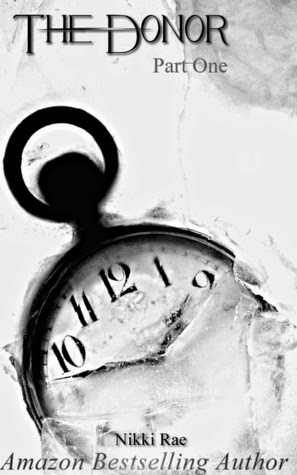 [Disclaimer: This is a serial novella that will be told in parts about the length of a short story (20-30 pages)]


Casey Williams and her family are poor. Her parents work non-stop and so does she, just so they can keep the trailer roof from leaking.

They’re getting by fine enough when the headaches start. Then there’s the nosebleeds. And the inevitable doctor’s bills.


Grab Your Copy of The Donor Part 1 from Amazon 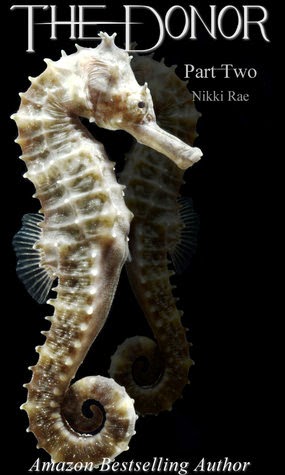 [Disclaimer: This is a serial novella that will be told in parts about the length of a short story (20-30 pages)]

When Casey joined MYTrueMatch.com, she never imagined she would meet a man who not only helps her pay the bills, but has been nothing but a gentleman.

As the nose bleeds make way for worse symptoms, Casey can’t help the feelings she has for Jonah, despite how he may never return them. And he’s been keeping things from her. Big things. How does he make his money, and who is that girl in the picture?

With the clock ticking, can she find the answers she’s looking for?

Pre-Order Your Copy of The Donor Part 2 from Amazon 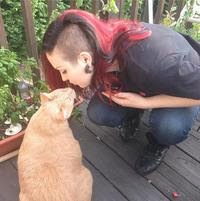 Nikki Rae is a student and writer who lives in New Jersey. She is an independent author and has appeared numerously on Amazon Best Seller lists. She is the author of The Sunshine Series and concentrates on making her imaginary characters as real as possible. She writes mainly dark, scary, romantic tales, but she’ll try anything once. When she is not writing, reading, or thinking, you can find her spending time with animals, drawing in a quiet corner, or studying people. Closely.

Nikki Rae... what can I say? After the Sunshine Series, I'll be hooked on her work so I was excited when I read that she was releasing a series of short novellas. Now, I have a serious love/hate relationship with a book broken down into novella parts. It never fails - just when I'm starting to get invested in the characters, it's over. I hate that. But I also love how I'm so antsy to get my hands on the next part. It's often like a sweet form of torture.

This series is no different.

After reading part 1, I was so frustrated because I was really starting to get into the story. The characters are very calm and there isn't a ton of turmoil going on so it's a peaceful read despite the tragic plot. We meet the main character, Casey. She's more adult for her age than most folks I know. But she has to be. She's sick. She knows this. She only has a few months left to live. So what does she do? She signs up for Mytruematch.com to try and spend her last days alive earning money for her mother & father. It's heartbreaking. But she's accepted it. She would love to just not be alone... She doesn't want to let her family know because she doesn't want to break their hearts at this point and drag them down. I loved her. I envied her strength & perseverance. She was such a smooth character so reading her POV was effortless. Then you meet Jonah... What can I say about him? He's such a mystery.... His calm personality just sucks me right in and lulls me into a sort of reading coma. Am I the only one that does that on occasion? A character's just so calm and reassuring that you continue to read without really putting any effort into it... You just get sucked into the lull of the character's personality and, although you've read for 2 hours straight, you feel like you've only read for 5 minutes.

Then you get into part 2. This installment just grabbed me and had me sinking into the plot. I didn't want it to end. That's the "bitter" part of novellas... you have your bitter and your sweet. Bitter because it ends entirely too soon. Sweet because you're left on the edge and wanting more. More More More! I honestly didn't think that I could become so invested in a set of characters in such a quick amount of time. That's exactly what happened though. I became so attached to them after part 2 and hated to see it end. You see the characters start to build a sort of relationship with one another.


I truly cannot waitttttt for more.

So overall, both parts 1 & 2, I have to give 5 stars to.... They simply drew me in and kept me glued to the pages. I loved the characters. So far, I'm loving the plot.